Sophie was diagnosed with HIV in 2003. After receiving peer support from the HIV charity Positively Women (now Positively UK), she started volunteering for the charity and now works as a HIV peer support worker at clinics including the Royal Free Hospital’s Ian Charleson Day Centre. 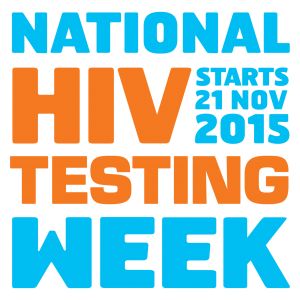 National HIV Testing Week targets groups that are disproportionately affected by HIV, such as African people and men who have sex with men. However, Sophie says that more needs to be done across the whole of society to reduce the stigma surrounding the long-term condition.

She said: “I was diagnosed in 2003 while I was in prison. I had gone for routine screening and I wasn’t expecting it as I had been tested the previous year and had received a negative result. I was devastated and it was a very difficult environment to be in. I was given my results and then 15 minutes later I was back in my cell.

“I was well supported by the health advisor there but prison is a very oppressive environment and there’s a lot of stigma and discrimination. It was not a place where I felt able to discuss my condition. I was working on a wing in which someone who was HIV positive was working in the kitchen and there were girls refusing to eat the food she was serving.

“But it’s not just prison, there’s a global stigma around HIV. Stigma is a form of violence, it has a profound impact on how someone perceives themselves and others.  People walk around carrying the messages society carries about people living with HIV.

“A significant number of people who are diagnosed can believe themselves to be unlovable and worthless and that is the shame that is associated with HIV. They think they will never have a relationship, never have children, because that’s the message society sends out.”

Sophie says that as well as the emotional trauma, the stigma surrounding HIV can have a real impact on a person’s health and wellbeing.

She added: “Positively Women was like a lifeline for me. Having another woman living with HIV, and living well, gave me a huge amount of hope.  It was also huge source of support in prison so I felt very strongly that I wanted to give something back.

“It’s very important that the people we see know they are sitting in front of someone who has gone through a diagnosis. We understand the emotions that someone goes through.

“A fundamental part of the support is helping them recognise that the shame they are walking around with isn’t theirs and that they need to hand it back to society. We also want to let people know that there are support services out there. They are there to support you and help you live well physically and emotionally with this long term condition.”

Sophie said that in addition to targeted campaigns, she would like to see more done to raise awareness and reduce stigma across society, such as better educating school children of all ages about the risk of acquiring HIV or other sexually transmitted disease.

She said: “We need to change the language. Saying someone is infected isn’t very nice. Someone who is taking anti-retroviral treatment is not infectious. Recent studies show that risk is as low as around 1%.

“We also need to do more than targeting those who are considered “high risk”. How are they going to attempt to normalise receiving a diagnosis when that is the language that is used. The UK needs to recognises that it this is something that affects everybody.”