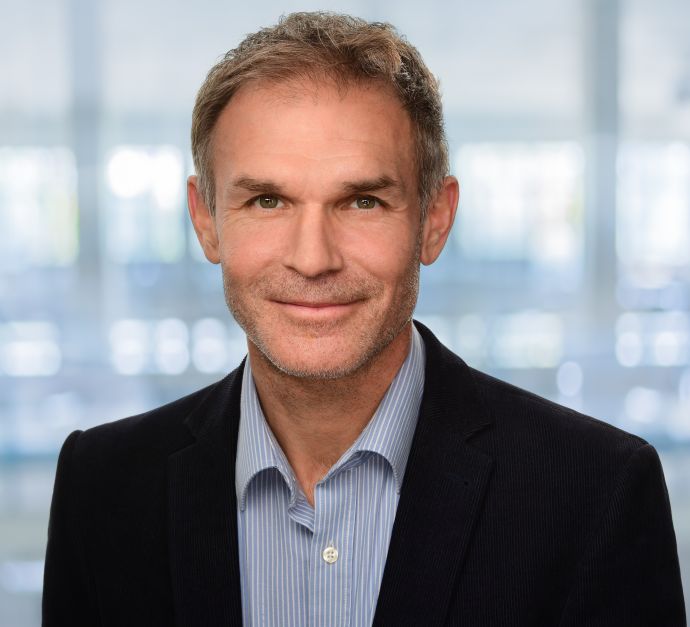 The development of an investigational therapy which ‘edits’ a harmful gene in patients with a debilitating condition called amyloidosis could pave the way for a revolution in the treatment of genetic disorders.

People with hereditary transthyretin (ATTR) amyloidosis have a mutation in the transthyretin (TTR) gene, which means they produce an abnormal protein that gradually builds up in the heart and nerves. Symptoms include numbness in the hands and feet, loss of control of the bowel and bladder and immobility. The condition gets progressively worse and is ultimately fatal.

Most of the treatment options available to patients have involved managing the symptoms and slowing down the progression of the disease.

But following strong interim results from the first six patients in a Phase 1 clinical trial of a gene-editing treatment led by the UCL National Amyloidosis Centre at the Royal Free Hospital, it is hoped that this therapy will be a breakthrough for patients suffering from this debilitating condition.

Patients on the trial receive, via a one-off infusion, a molecule known as CRISPR/Cas9, which inactivates the incorrect gene within the liver cells. With the gene no longer active in the liver, it is expected that the patient will only produce negligible levels of the harmful transthyretin protein.

In the first six patients, the investigational therapy reduced production of the harmful protein by up to 96% by day 28 following treatment. There were no serious adverse events observed. The data were published today in the New England Journal of Medicine, a peer-reviewed medical journal. As the trial progresses, patients will be given higher doses of the gene editing therapy with the hope that will drive the levels of toxic protein even lower.

CRISPR/Cas9, a Nobel Prize-winning technology, has been used in the past to edit cells outside the body. These are the first clinical data for an investigational therapy in which CRISPR/Cas9 is used as a medicine itself, infused via IV to inactivate a target gene in a specific organ -- in this case, the liver.

Julian Gillmore, UCL Professor of Medicine at the Royal Free Hospital’s National Amyloidosis Centre, leads the clinical trial. He said: “This is wonderful news for patients with this condition. If this trial continues to be successful, the treatment may permit patients who are diagnosed early in the course of the disease to lead completely normal lives without the need for ongoing therapy.

“Until very recently, the majority of treatments we have been able to offer patients with this condition have had limited success. If this trial continues to go well, it will mean we can offer real hope and the prospect of meaningful clinical improvement to patients who suffer from this condition.”

Patients on the trial receive the CRISPR/Cas9 treatment at Richmond Pharmacology, a clinic in central London. Dr Jorg Taubel, from Richmond Pharmacology, said: "We are pleased to be supporting Julian Gillmore to conduct the first-in-human studies for this first gene editing treatment of TTR amyloidosis. The initial results are as predicted by Intellia or even better. The prospect of a complete cure from one single intervention heralds a new era of medicine. We are excited to be part of this journey."

The global trial involves patients from the Royal Free London and a hospital in Auckland, New Zealand. The investigational therapy, designated NTLA-2001, is being developed by U.S.-based biotechnology company Intellia Therapeutics, Inc. 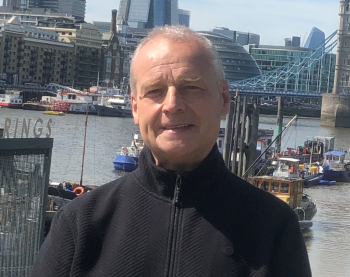 Patrick Doherty, 65, was diagnosed with hereditary ATTR amyloidosis at the start of this year.

He was referred to Professor Julian Gillmore at the National Amyloidosis Centre at the Royal Free Hospital after noticing he would often become breathless and had started feeling numbness in his hands and feet.

Patrick, from Donegal in the Republic of Ireland, knew that he might have amyloidosis because his father and other relations had died from the condition.

So when Professor Gillmore spoke to him about the CRISPR clinical trial, Patrick, the managing director of a manufacturing company, jumped at the chance to be involved.

“It’s in my family – I’ve always known that but perhaps I haven’t wanted to think too much about it, he said. “I do a lot of hill walking and noticed that I started getting a bit breathless – even when I just climbed to the top of the stairs.

“But since being involved in the trial I have noticed a difference. I don’t have as much numbness in my hands and feet that I used to get and I can go hill-walking with less of a problem. I’m hoping now that CRISPR has stopped/greatly reduced the production of the toxic protein, that my body now has a chance to try to deal with removal of existing build up around heart walls and other areas. That’s my next focus.

”“I also received a lot of advice and support from the ATTR Amyloidosis Ireland Support Group who do tremendous work on behalf of amyloidosis patients and families.”. [MM1]

Patrick said he was delighted to be part of the trial. “I had read a lot about CRISPR so when Julian mentioned the trial to me, I asked to be put forward as a volunteer. It’s for my benefit but also for the benefit of so many other people who have this condition.

“I couldn’t have been looked after any better – both at the Royal Free Hospital and at Richmond Pharmacology – where I received the treatment.”