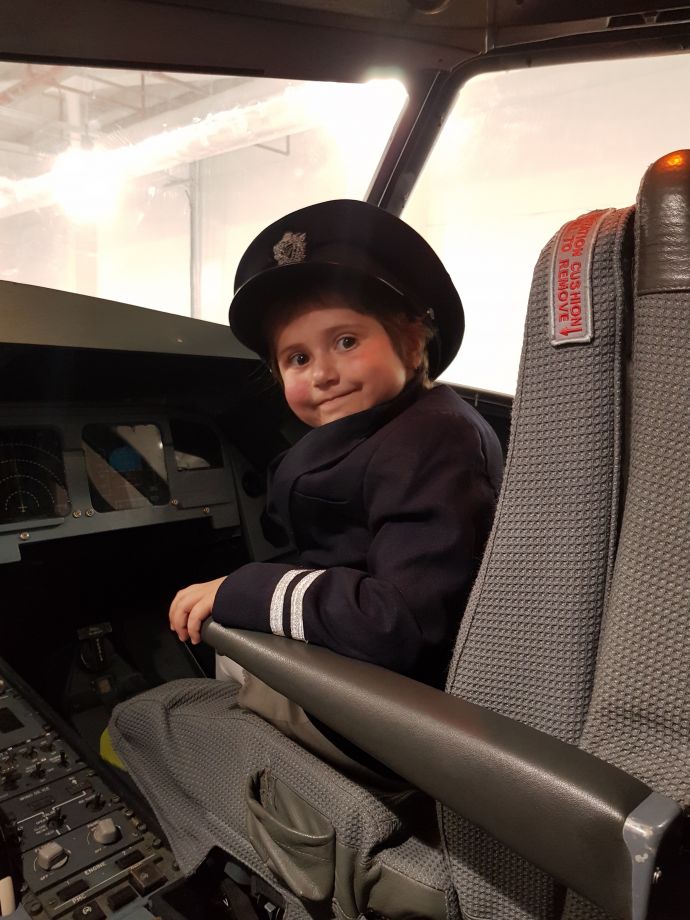 Children being treated at Barnet Hospital for cancer or leukaemia were treated to a rather unusual day out ‘in the city’.

Thanks to generous donations to the Helping Hands fund, part of the Barnet Hospital and Chase Farm Charity, the families were able to attend KidZania at Westfield Shopping Centre, Shepherds Bush. The group also included children who were cared for at the hospital by Dr Lynne Riley and her team, but are now in remission.

Based on an ‘indoor city’ KidZania allows children to pretend to do ‘grown-up’ jobs such as pilots, doctors, nurses  and firefighters. The whole space was hired out exclusively for them.

Carla Bispham, community fundraiser for the charity, said:  “We had a real mix of children there, from those who are currently having treatment to those who have been in remission for a while. There were over 120 children attending and on top of this we also welcomed parents and siblings.

“While the children were dressing up and having fun we also had a massage therapist who gave up her time so parents could enjoy a massage. It was also great for siblings and parents to be in an atmosphere where they could meet other families where the children also have cancer or leukemia.

“The children could pretend to be anything they wanted to be but the most popular job by far was being a window cleaner.  I think it’s because they seemed to get paid the most in that job and could then spend their tokens in the shop or doing different activities!”

The charity is also planning a trip to the pantomime for the children at Christmas to see Cinderella at the Wyllyotts Theatre in Potters Bar.

Picture: Five-year-old Klea Kambo, who is currently receiving treatment at Barnet Hospital, tries out being an airline captain at KidZania