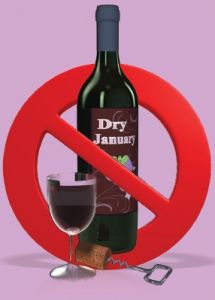 Doctors at the Royal Free London are inviting staff and members of the public to take part in a study aimed at discovering if there are health benefits in giving up alcohol for a month.

Every year people are encouraged to take part in Dry January – a campaign run by the charity Alcohol Concern.

Participants are asked not to drink alcohol for the whole month to give their liver a chance to recover following the festive period.

Liver specialists Dr Gautam Mehta, Professor Kevin Moore and Dr Stewart MacDonald are looking for 120 adult volunteers to take part in their study. The volunteers will need to be healthy and drink around six or more units of alcohol a week.

A study with 10 volunteers was carried out at the Royal Free Hospital last year. It suggested that there may be health benefits in giving up alcohol for a month, including a lower risk of diabetes, improved sleep and productivity. However, it’s a subject that needs more research.

The three doctors want to expand last year’s study to see if the observations were accurate and get a better understanding of what happens when someone gives up alcohol.

Volunteers can start their month of abstinence during the week beginning 5 January 2015. During this week they will be given a blood test and a liver scan and asked to complete a questionnaire to find out their general health and wellbeing. Following a month without drinking alcohol, the tests will be repeated and volunteers will be given another questionnaire.