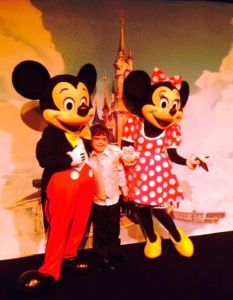 Do you believe in magic? Staff from Barnet Hospital do, having recently accompanied 15 paediatric patients to Disneyland Paris on a once in a lifetime trip.

The magical taxi tour is one of London's most unique charity events and takes place each year with a convoy of licensed London taxis taking over 100 sick children, suffering from a range of chronic debilitating illnesses and life limiting conditions, on a three-day trip to Disneyland Paris.

The trip has been running since 1993 and typically sees a convoy of 100 taxis, which can be over three miles long when running, take the journey to Paris. The convoy sets off from Canary Wharf  with London City police and Gendarmerie Nationale escorts, London Ambulance NHS Trust vehicles and AA breakdown trucks. 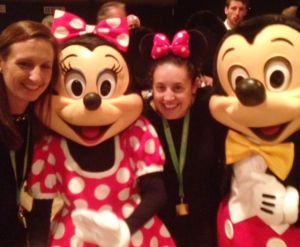 Andrea said “It’s a fantastic trip, it gives children who are sometimes in hospital for a long time the opportunity to have some fun and not think about treatment. The journey in the convoy of taxis was amazing, we were given a send-off by the mayor and city workers and stretches of motorway were sealed off for us! When we got to Disneyland we were given priority passes to the park and had a party with all of the Disney characters. The children were thrilled.”

The trip is organised annually by the Worshipful Company of Hackney Carriage Drivers with taxi drivers giving their time and use of their vehicles for free, however taxis are sponsored by individual companies, with Kings estate agents in Enfield kindly sponsoring one of  the Barnet Hospital taxis.