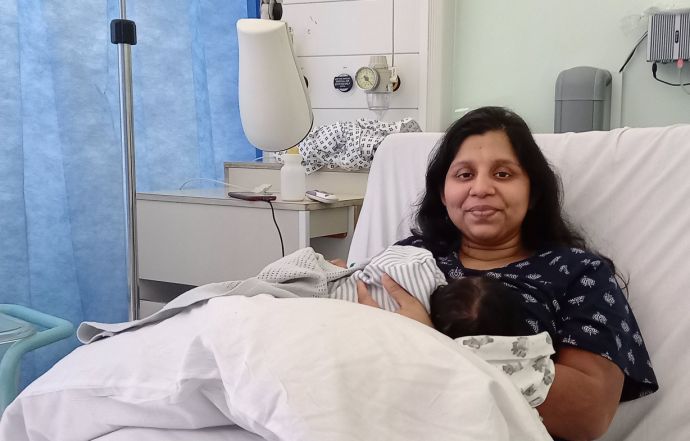 A mother with an extremely rare blood disorder has praised staff at the Royal Free Hospital for giving her a second chance at motherhood – 10 years after she gave birth to her first son.

Selva Prakash, 35, from Great Missenden in Buckinghamshire, was diagnosed with gray platelet syndrome, a rare inherited bleeding disorder with fewer than 100 patients worldwide and fewer than 10 patients in the UK, during a routine blood test during her first pregnancy.

The condition means blood is less able to clot, which can lead to symptoms such as nose bleeding, easy bruising and bleeding after childbirth.

A decade ago doctors made the decision to deliver Selva’s first child without recourse to Caesarean, because this intervention normally means more blood loss than a natural birth. But despite their best efforts Selva still lost a lot of blood during childbirth.

Although Selva desperately wanted to be a mother again the arrival of COVID-19 also made her hesitate and so she and her husband yet again delayed their plans.

On her return to the Royal Free Hospital last summer a newly pregnant Selva was assigned a multi-disciplinary team to care for her and plan for the birth. Included in the team were Professor Rezan Abdul-Kadir, a consultant obstetrician and gynaecologist with a special interest in bleeding disorders, Carlos Kidel, consultant anaesthetist, Alison Wright, consultant obstetrician and gynaeclogist and Dr Malika Sehker and Keith Gomez ,consultant haematologists. Selva was also cared for by Molly Musarara, a clinical nurse specialist, who as well as arranging appointments with the team also helped to answer the multiple questions that came up throughout the pregnancy from Selva and her family and was also the liaison point for all the clinicians.

Rezan said: “The Royal Free Hospital has one of the biggest haemophilia centres in the world and we look after high-risk births like this. We put together a delivery plan for Selva and gave her platelet transfusion just before the operation and medications to help her blood clot properly and minimise risk post-partum bleeding.

Molly said: “As well as helping manage the team a big part of my job was to reassure Selva and her family that she wouldn’t have as traumatic a birth as before and I’m delighted to say that we succeeded.”

Selva said: “I was extremely nervous but the team put me at my ease and I was reassured. I can’t believe I’m home now with my baby and I just want to say a big thank you to all the team who cared for me. It’s been a long journey but thanks to them my family is now complete.”

“It’s so wonderful to be able to show my son off to my family, including my son Yuvan who was desperate to meet his new baby brother. We haven’t decided on his name yet as my parents will help us decide.” 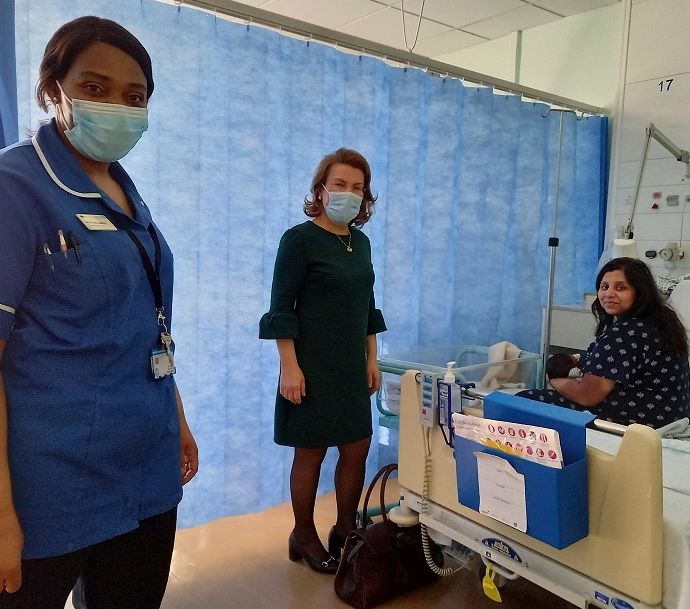