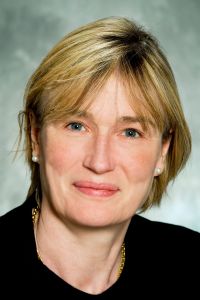 Professor Margaret Johnson, consultant in thoracic and HIV medicine at the Royal Free London (RFL), has been appointed academic vice president of the Royal College of Physicians (RCP).

Professor Johnson, who is also a professor of medicine at University College London, took up the prestigious role this week, taking over from outgoing vice president Professor John Wass.

She has spent the majority of her career at the RFL, having attended the Royal Free Hospital medical school before coming a house officer and then consultant, specialising in thoracic medicine and HIV-related disease.

In 1989 Professor Johnson launched the country’s first open access HIV service, the Ian Charleson Day Centre, which continues to provide excellent care and research for patients with HIV and AIDS.

Professor Johnson, who was previously the trust’s medical director, said she would use her role as vice president to champion the integration of clinical research into medical care and hospitals throughout the country.

She said: “I want to further develop the research opportunities for all clinicians. I think research is a very important way of improving standards and giving patients access to new therapies.

“This trust has enabled me as an NHS consultant to become an expert in an area where there is a clear need for research, and has enabled my patients to access clinical trials of new treatments. You only have to look at our HIV patient population, who 25 years ago all died and most should now have a normal life expectancy.

“There needs to be more opportunities for every team to be able to engage in research. I think it really drives innovation and in doing so drives up standards.”

She added: “It is a time of big changes for the NHS and research could get buried in all of that, so we need to make sure that as services change, research is always embedded in the way those services are delivered.”