New research carried out on transplanted livers has uncovered a new kind of immune cell that is unique to the liver and, unlike most other immune cells, does not circulate in the blood stream. 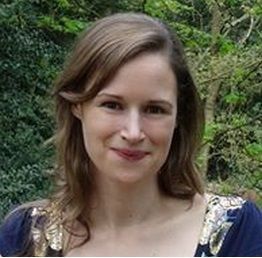 The research, carried out by Dr Victoria Male at the Royal Free Hospital, has shown that there are two different types of natural killer (NK) cells – some which remain resident in the liver and some which circulate in the blood.

NK cells are immune cells which kill off cancer cells and cells infected by viruses.

Scientists have already discovered that there are two types of NK cells in mice – those which are found in the blood and those which remain in the liver. Dr Male, who works at the UCL Institute of Immunity and Transplantation (IIT), wanted to discover whether humans also have these two distinct types of NK cells.

It was because of the transplant programme at the Royal Free Hospital that she was able to make this discovery – and because the IIT places researchers and patients in close proximity.

“We were looking for patients who had had a liver transplant but for whatever reason that liver had started to fail and they needed a new transplant,” said Dr Male.

“We were able to examine the first transplanted liver, which was being taken out of the patient and replaced with a new one.”

Dr Male looked at the immune cells in those livers and, using genetic testing, she was able to establish that some of the NK cells in the liver belonged to the original donor – they did not have the same genetic make-up as the person who had received the transplant.

Dr Male said: “This shows us that those NK cells have remained resident in the liver – some of the cells had been in the liver and survived for 13 years after the transplant.

“We don’t yet know what the function of the NK cells which stay in the liver is – that will be the next stage of the research.”

Dr Male said that the research is important for helping us understand more about the immune system and its role in transplantation.

“The study also indicates that when examining a patient’s immune system, doctors should remember that a blood test doesn’t show us everything,” added Dr Male. “The blood test won’t necessarily reveal what is happening to these immune cells which are resident in the liver.”

Dr Male's research has now been published in the Journal of Immunology.