Patients with small lung cancers who are not fit enough for an operation are undergoing a new two-in-one procedure which can test for and destroy cancer cells in one sitting, without the need for surgery. 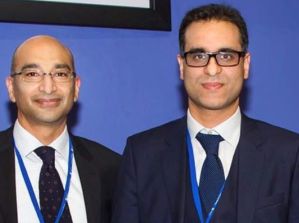 The lung biopsy, combined with radiofrequency ablation (RFA) therapy, is being offered to patients at Barnet Hospital. The treatment involves placing a needle electrode through the skin into a lung tumour. Electrical currents pass through the needle, creating heat that safely destroys the cancer cells.

The treatment is being successfully used on patients with tiny lung cancers (those that are less than 3cm in size), and in those whose cancer has spread to the lungs from other areas of the body.

RFA is much less invasive than open surgery, so the procedure and recovery times are substantially shorter. It is a very effective way of destroying the central portion of a tumour, an area that typically tends not to respond well to radiotherapy.

This heat therapy treats the lung cancer at the same time as the biopsy, so patients need undergo only one procedure rather than two. Moreover, the procedure is carried out under light sedation rather than a general anaesthetic, so patients can safely go home the same day.

In addition, any collapsed lung (the commonest complication) is dealt with quickly using a small, portable device called a Heimlich valve, which operates safely when the patient is at home.

This procedure has been developed by radiologists Dr Sam Hare and Dr Ash Saini and has partly developed due to the unparalleled success of the ambulatory lung biopsy service, which won the inaugural Cancer Care NHS innovation Challenge Prize in 2016 for pioneering earlier lung cancer diagnosis and improved patient experience.

Dr Hare said: “We hope this will improve the prognosis for patients who are not well enough to undergo surgery. This new way of both sampling and destroying small lung tumours, in a single hospital visit, is a very effective way of treating cancer and is another example of how doctors at the Royal Free London NHS Foundation Trust continue to develop pioneering treatments for UK lung cancer patients.”

Mary Coman was one of the patients who has received the treatment and says she was delighted with how quick and easy the procedure was.

She was first diagnosed with bowel cancer in 2010 – she had part of her bowel removed and had chemotherapy. The cancer reappeared in her liver two years later and she had another operation and further chemotherapy.

However, in January last year doctors discovered nodules on her lungs – three on one side and one on the other. She had surgery to remove the three nodules at a different hospital but then came to Barnet Hospital in January this year where she was given RFA to remove the final nodule.

Mary 60, from Ponders End, said: “It was absolutely fantastic. I was partially sedated, so I didn’t feel anything. The surgery has left me with some pain and scars that have yet to heal. But with this treatment I felt absolutely fine straight afterwards. I would definitely recommend it.

“The nurses and the doctor were looking after me throughout the procedure. Dr Hare called afterwards when I was at home to see if I was ok so I am really delighted with my care.”