Proceeds from the single are being donated to the Royal Free Charity which works directly with the Royal Free London to develop and support high-impact projects.

Music-lovers can download the track at all the usual music websites, apps and online stores or stream it on the charity’s YouTube channel, ‘RFC Presents’. Supporters will also be able to donate via the Royal Free Charity Facebook page where they can also watch the video.

Frustrated by the restrictions imposed by lockdown, and the impact lockdown has had on creative performers and crew, Kitty Coburn brought together an incredible team of creatives from West End theatre and film. The video is choreographed and directed by Michael O’Donnell, director of West End’s Lion King and former New York City Ballet dancer, and stars two furloughed leading West End dancers Fransisco “Chico” Lins and Darcel Osei. It was filmed in a social bubble by leading videographer Neil Gordon and edited by Kitty herself.

The ‘social dis-dancing’ featured in the music video pulls together some of the ‘new normal’ movements where the handshake has been replaced by an elbow greeting, hugs replaced by virtual hugs, and kisses replaced by air kissing. The choreography is set to an ethereal cover of Duran Duran’s 1980s hit, ‘Ordinary World’. Although written over 30 years ago about a relationship, the song has a poignancy that Kitty felt reflected today’s new world with a hook line that asks, “Where is the world that I recognise? Gone away”.

Kitty says: “I was so moved by the remarkable resonance of the lyrics of Duran Duran’s powerful song to today’s new world, and the impact that COVID-19 has had both in putting such pressure on our treasured NHS but also on the talent in the creative industry that I felt compelled to bring both together to make a difference. Separated from the people we love, and the ones we work with - we wonder if we will ever go back to the world we once knew. That is true of family, and also of the creative industry where so much uncertainty hangs over live venues and theatre.”

The charity - which is committed to making patient care in the Royal Free, Barnet and Chase Farm hospitals safer, more efficient, more effective and closer to home - also funds world-class and life-changing research aimed at finding cures and new treatments for diseases like diabetes, amyloidosis, pancreatic cancer and haemophilia. The Royal Free London specialises in an array of disease areas such as liver, renal, neuroendocrine tumours, high consequence infectious diseases and connective tissue disease which bring patients from all over the UK and beyond.

Viewers across the UK have been tuning into the award-winning “Hospital” series on BBC2 where the work of the Royal Free London has been showcased, as the NHS recovered from the first wave of the pandemic while preparing for the second.

Proceeds from Kitty Coburn’s cover of Duran Duran’s ‘Ordinary World’ will help the Royal Free Charity to continue to support the full array of these nationally and, in some cases, internationally significant health innovations while providing the staff of the NHS with funding for the psychological and emotional support they need to deal with the impact of the pandemic.

Jon Spiers, chief executive of the Royal Free Charity, said: “I want to say a huge thank you to Kitty Coburn and the Creative Collective for this heartfelt and beautiful single in support of the Royal Free Charity. The amazing staff of the NHS have been truly heroic throughout the most challenging of circumstances and we’ve been with them every step of the way. It’s only thanks to the generosity and creativity of people like Kitty that we’re able to keep supporting NHS workers and patients. One day soon we will return to a more ordinary world and look back with pride at how we’ve all come together to help our NHS and each other make it through.” 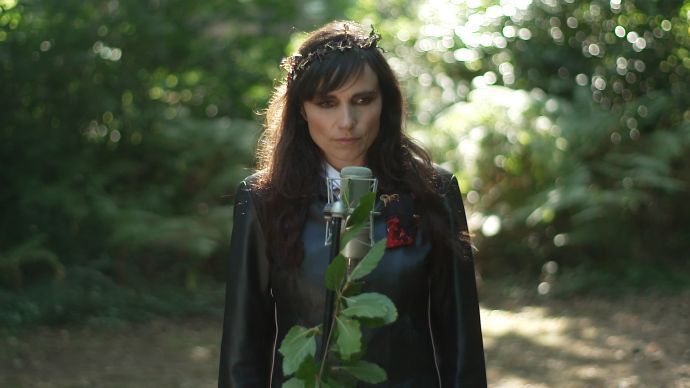