A senior nurse who led on the treatment of the three Ebola patients at the Royal Free Hospital has been honoured at the Nursing Times Leaders awards 2015. 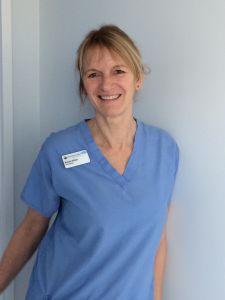 Breda Athan, senior matron and lead nurse for the high level isolation unit (HLIU), said she was “delighted” to be named a Nursing Times Inspirational Leader.

The award came just over a year after nurse Will Pooley became the first UK citizen to contract Ebola during the epidemic that swept across West Africa last year.

After receiving the award, Breda said: “I am delighted to have received this award. However I see this as recognition of the outstanding work of the whole HLIU team. Not just nurses and doctors, but the pharmacists, house keepers and everyone else who worked tirelessly to ensure we were providing the best possible care to our three Ebola patients.”