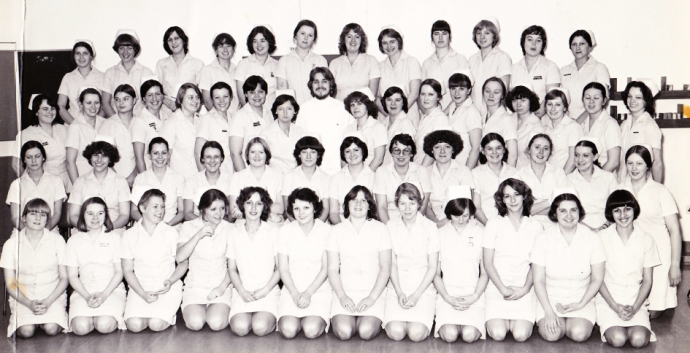 Were you in that year?

Nurses from the 1975 intake at the Royal Free Hospital are getting together for a 40 year reunion on 5 September.  Organiser Sandy Fox (nee Wedderburn) is tracing nurses from that intake who may not have received an invite.

Sandy said:  “We have done pretty well so far in tracking down many of the nurses for that year via sources such as Facebook, but know that some ex- colleagues still need to be contacted.  After all this time we are spread worldwide and even have a few nurses coming over from Australia and New Zealand!

“We were originally an intake of 72, but the photo of our group taken in 1977 shows only 55 of us. We have traced 45 of our original intake, all of whom have said they would love to celebrate together. It would be lovely to invite some more people.”

If you were a nurse in this intake year or know someone who was, please get in touch with Sandy Fox by emailing foxsandra07@gmail.com and join in the celebrations!