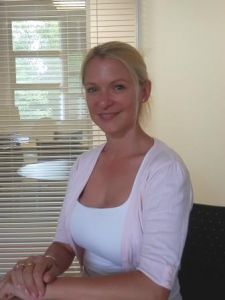 Nurses at the Royal Free London have been nominated for two Nursing Times awards.

Kay Greveson, clinical nurse specialist for IBD, has been nominated in the continence promotion and care category after she set up a travel-advice website for patients with inflammatory bowel disease (IBD); while the nurses who cared for three Ebola patients in the high level isolation unit (HLIU) have been nominated for team of the year.

Kay said she was delighted with her nomination and added: “I put a lot of work into the website so I am very happy that it’s been recognised.”

She set up www.ibdpassport.com last year so that patients and clinicians have a one-stop shop they can refer to for travel advice.

IBD is the term used to describe two conditions: Crohn’s disease and ulcerative colitis. They are chronic conditions which involve inflammation of the gastrointestinal tract.

The IBD passport website provides advice on how patients can manage these conditions while they are abroad and contains information on vaccines, accessing treatment abroad, diet and more.

Kay said that patients would often come to her for advice about travel and she realised there was a knowledge gap in this area.

“Gastroenterologists would not always be comfortable offering advice about travel, while travel clinics would not have the specialist knowledge for IBD patients,” she said. “I realised there was a need for a resource for IBD patients and for clinicians in order to improve knowledge and patient safety when travelling.

“For example, IBD patients on immunosuppressant medication should not have live vaccinations, but research I’ve conducted has shown that patients’ knowledge of this fact is poor. Also some patients might want to know where to obtain travel insurance that covers their medical condition, without having to pay increased premiums, or where they can go to access treatment when they are abroad. All this information is contained on the website.”

Kay spent two years collecting the information and building the website. She was given a nurse innovation award of £1,500 from Shire Pharmaceuticals to set up the website, but met the remainder of the cost herself.

Her website has gained international interest and there are now 700 people with IBD from across the world registered.

The HLIU team were nominated for team of the year after they successfully treated three nurses who had contracted Ebola while working in Sierra Leone.

The HLIU is designed to allow staff to safely treat patients with dangerous infectious diseases, such as Ebola. It contains two Trexler isolators, which are plastic tents set up around the patient’s bed. Staff working in the HLIU need to adhere to a strict set of protocols to ensure the infection is contained while they care for a patient. This includes ensuring items are safely passed in and out of the tent and that waste is safely disposed of.

Nurses working in the HLIU have also helped train staff at other hospitals in how to safely treat Ebola patients.