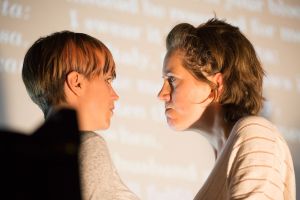 Last week, innovative touring company Pop Up Opera performed Bellini’s Romeo and Juliet for 184 people at the Royal Free Hospital’s Peter Samuel Hall in aid of cancer charities Cancerkin and Maggie’s who joined forces in January this year. The event raised enough money to pay for the services of a lymphoedema specialist therapist for 31 days.

Laura Lee, CEO of Maggie’s, attended the event together with Victoria Todd, chief executive of Cancerkin, who said: “All the singing was of extraordinary power and beauty; the piano playing brilliant and the direction, with limited props, created that total engagement of all the senses which makes opera the supreme art form.” 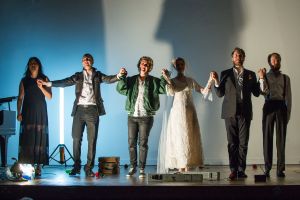 An audience member commented, “This was the first opera I have ever seen. What an amazing introduction to a stunning art form. I shall continue my opera education by following Pop-up Opera to whatever venue they go to.”

Lymphoedema is a painful and commonly overlooked side effect of breast cancer surgery and radiation therapy that can appear in some people during the months or even years after treatment ends.