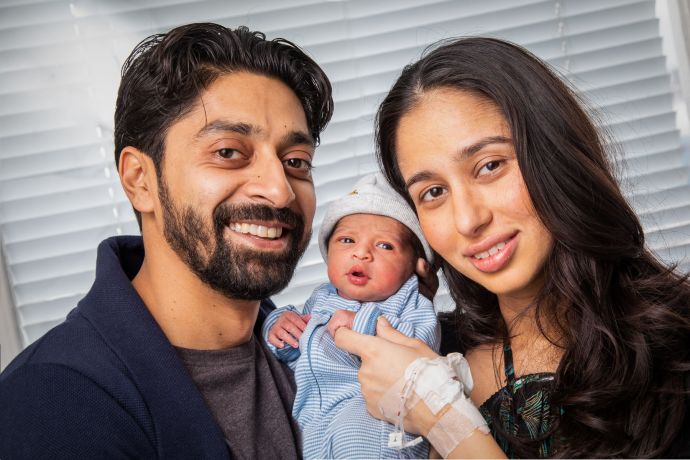 ‘Dash’  -  one of eight babies to be born on New Year’s Day at the Royal Free Hospital – lived up to his nickname this week as he arrived six days early.

Although he hasn’t been formally named yet his parents had already nicknamed their son ‘Dash’ because he moved and kicked a lot while first-time mother Hira Diwan was pregnant.

Hira, a former runner for Pakistan who now works as a fitness instructor, says the name stuck because everyone expects him to turn out as active as her.

Luckily his father, Aman Virji, 35, who had been in Pakistan, made it home in time for Dash’s birth at 10.02am.

Hira, 33 from Colindale, said: “Aman flew home on the 31st, we had something to eat on the way home and I started to feel uncomfortable but didn’t think anything of it. Of course later that night I realised the baby was coming so sleep has been in short supply for both of us ever since!”

Another early New Year’s Day arrival was Carter Ekechi Ngakeh Clarke. He was due on 9 January but his mother, Georgia Clarke, 23, from Hendon, had to come into hospital because her kidney was swollen – potentially because of Carter’s size - and doctors wanted to keep an eye on her.

She said: “I came in because of the kidney but luckily everything went fine and I’m leaving with Carter whose birth weight was 7lbs.”

New dad, Cairon Clarke, 29, added: “He’s a very peaceful baby but he does cry if you try and put him back in the cot or he’s hungry. Last night I sat in the chair next to Georgia and had him on my chest all night. I’m not complaining – I’m enjoying these special moments.” 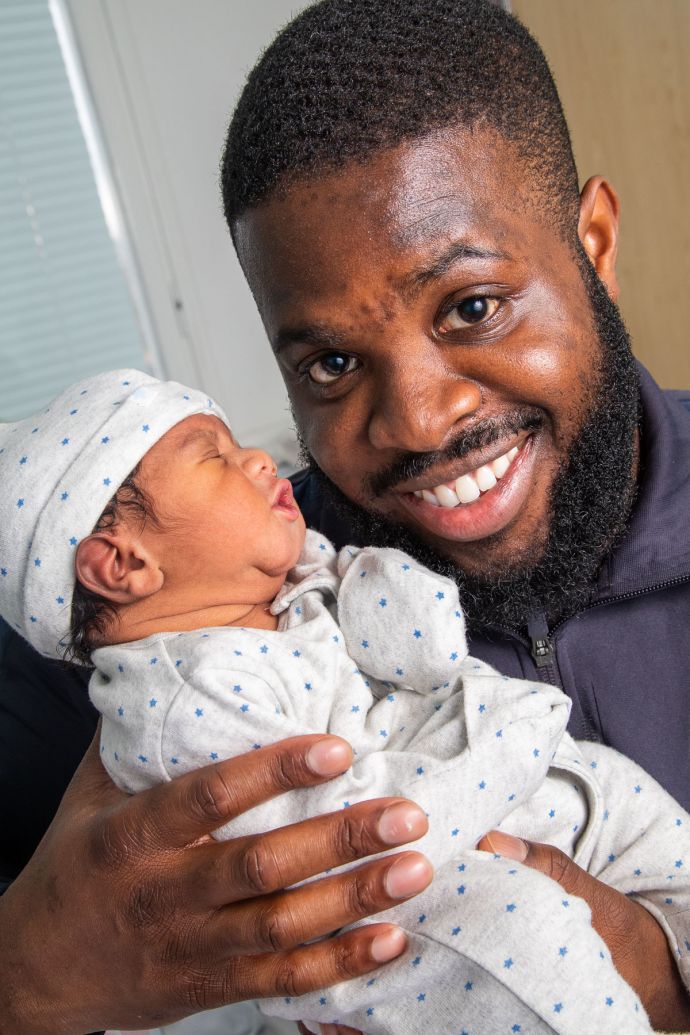