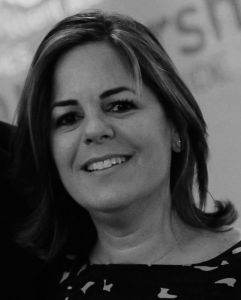 Judy Dewinter, Dr Stephen Cameron and Linda Davies were named as the winners of the patient governor elections, which were held earlier this month.

Incumbent candidate Judy, who was first elected as patient governor in April 2012, was re-elected following a successful three-year term. Stephen and Linda had previously served on the council as public governors between April 2012 and September 2014.

During his previous term as governor Stephen chaired a number of “medicine for members” events and represented the council on the interview panel for the trust auditor.

While on the council Linda focussed on patient safety and staff facilities, as well as chairing the committee aimed at reducing bullying and harassment in the trust.

Speaking after the vote Judy said: “I am delighted to have been re-elected as a patient governor. The Royal Free London has just gone through significant transition over the past year and it is essential that the trust continues to deliver high quality treatment and care built around the needs of patients. As a cancer patient myself who has undergone treatment at the Royal Free Hospital for over a decade, I understand the importance of this and I look forward to continuing my role alongside my fellow governors.

If you have any questions about the election you can contact UK Engage by calling 0345 209 3770 or email royalfreelondon@uk-engage.org. For more information on UK Engage, visit www.uk-engage.org.

Find out more about our council of governors.