A man who has been a patient at the Royal Free Hospital for 66 years has praised the care he has received for his diabetes over the past six decades. 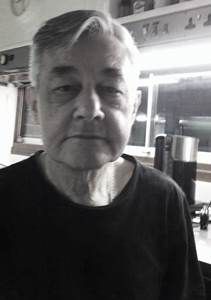 To coincide with Diabetes Week, which runs from 12-18 June, we spoke to John Bailey, 73, from London, who was diagnosed with type 1 diabetes at the Royal Free Hospital in 1950, when he was seven years old.

Because it took a while for doctors to diagnose him (initially he was thought to be suffering from jaundice), John became very ill before he was given appropriate treatment.

“I had ketoacidosis,” said John, “I wasn’t producing insulin, which helps blood glucose into energy and as my body had no fuel I was burning my fat reserves. When that happens it gives off toxins called ketones which are very harmful.

“I was lying in bed and was so weak I couldn’t open my eyes. I didn’t weigh much more than three stone. I dropped into a diabetic coma and was taken to the Royal Free Hospital that was then in Grays Inn Road. From there I was moved to the Royal Free in Lawn Road in Hampstead where Dr Una Ledingham diagnosed juvenile-onset diabetes, an unusual condition in those days. That ward was to become something of a second home for the next few years.”

John had a regimented approach to his diet and medication. In the 1950s, it was recommended that patients had just one insulin injection a day and ate exactly 90g of carbohydrate per day.

However, he still had regular hypoglycaemic attacks. “I often went back into hospital after such attacks because insulins were much less reliable then than they are today”, he said. “I remember most of all just how kind the staff at the Royal Free Hospital were to me. Sister Webb, the ward sister, let my mother give her injections of distilled water so my mother could get the hang of giving them to me. The main thing she was taught was not to let air mix with insulin in the syringe.

“In those days the technology was relatively crude. The needles were really long and my mother had to sterilise them and the syringes by boiling them each day.” When they got blunt my father would re-sharpen them on a stone. Because they were long and not at their sharpest they sometimes broke in my leg and I had to be taken to casualty to get them out.

“In the 1970s it was a great relief to change to a multiple-injection regime using disposable syringes. I still eat exactly 90-100g carbohydrates each day at the same times. I am in remarkably good condition, considering I have had diabetes for so long – and that is down to the advice, help and guidance my mother, my wife and I have received from all the hospital staff at the Royal Free, and how strict they and I have been about food and medication.”

In the past 66 years John has had just six different consultants leading his treatment and he is now under the care of Dr Miranda Rosenthal, the clinical lead for diabetes. He added: “The staff at the Royal Free Hospital were so kind. I am eternally grateful to them. They gave my mother a huge amount of time and explained everything to her very carefully and so helped her to deal with some very challenging changes to her life and mine.”