A patient at the Royal Free Hospital is embarking on a mammoth motorcycle ride around the UK in order to raise money for a kidney cancer charity. 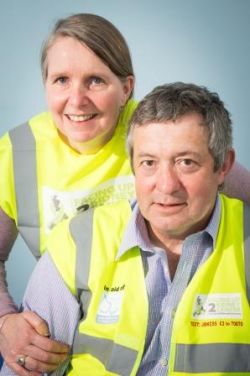 Jon Birchall, who has terminal kidney cancer, will be starting his journey in Blackpool on 6 June. Encompassing five stages, Jon’s trip will see him travelling through Wales, Scotland, the east coast of England, the south of England and finally, from Essex to London.

Jon, 54, from Hereford, will be completing the bike ride in aid of the James Whale Fund for Kidney Cancer, which raises money for kidney cancer patients and for research into the disease.

Jon said he had the idea of doing the trip directly after being diagnosed with terminal cancer.

“At first I thought I wanted to do Land’s End to John O’Groats but then I thought I should do something bigger than that,” he said. “So I decided to do trip around the British coast and then I thought maybe I could do it for charity. It will be 140 miles a day so it will be hard going at times, but it is too late to back out now.

“This is a ride I have always wanted to do and now there is a real purpose to it. I want to enjoy the country, see the beautiful British landscape. I have never been to the Scottish highlands, so I’m really looking forward to that.

“But I really want to raise awareness of kidney cancer and to raise money for the charity. I would love to meet as many people as possible as I travel around the country. Come out and say hello or get on your bike and join me for a few miles but please remember to give to the fund because it is so important.”