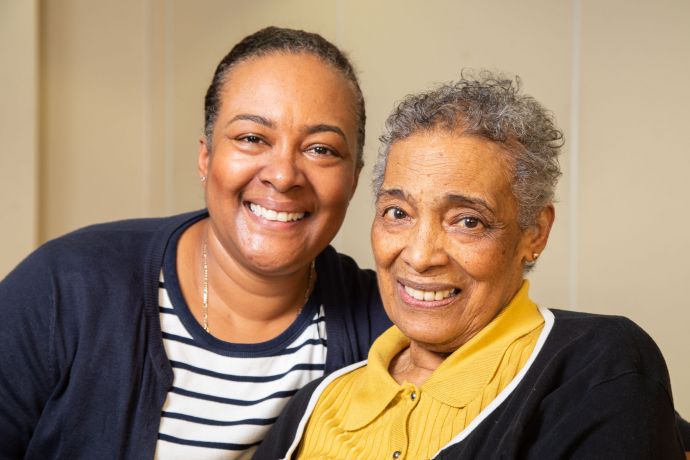 Patients with a rare condition have described how ‘wonderful’ it was to share their experiences with others during a family information day at the Royal Free Hospital (RFH).

Around 130 patients, relatives and carers attended the event to raise awareness and learn about the condition ATTR amyloidosis. Guests took part in group discussions and listened to talks by leading experts in the field.

The Royal Free Hospital is home to the NHS National Amyloidosis Centre (NAC) and the event was organised by the recently formed UK ATTR Amyloidosis Patients’ Association (UKATPA) .

ATTR amyloidosis is a condition in which a type of protein builds up in various organs of the body. This can affect the functioning of the heart, nerves and gut in particular – and these affects can get worse over time. There are two types of ATTR amyloidosis – hereditary, which can affect people from early adulthood, and wild-type, which is not hereditary and usually develops in people aged 65 or over.

Lzetwicia Oscar-Jackman, from Enfield, attended the event with her mother Theresa Oscar. She said the day was really helpful.

“The break-out discussions were fabulous,” she said. “It was great to share ideas with other families, share experiences. Everyone was warm and friendly and all the staff were really helpful.

“The care we receive here at the Royal Free Hospital has been wonderful. From the very first time we came here, the staff have always been so warm and friendly. I have never experienced that before, everyone has been so caring from the moment we walked in the door.”

Ruth, 34, from London, has been a patient at the Royal Free Hospital for two years. She said: “The break-out sessions were really wonderful – it was a chance to speak directly to experts and to people who have had similar experiences to you.”

Ruth said her symptoms are milder than others with a more severe type of ATTR amyloidosis.

“I have a little bit of dizziness and tiredness at times, but I am still able to go to the gym and I have a demanding job so for me it is something very manageable,” she said. “The symptoms get worse if I haven’t drunk enough water or if it’s particularly hot. However, medication helps reduce the symptoms and it is hoped that if I stay on the medication, the symptoms will reduce further over time.”

Speakers at the event, included Professor Philip Hawkins, head of the NAC, and Thirusha Lane, honorary research associate at the NAC.

Thirusha said: “It was a really inspiring event. It was absolutely wonderful to see so many people here and to listen to their experiences. I have had several emails from patients and caregivers since Friday, expressing how helpful and uplifting they found the event. Both patients and their families found it helpful to meet others living with the same condition – we received some great feedback and will be using that to plan the event next year.”

Professor Hawkins said: “Wild-type ATTR amyloidosis is probably a much under-diagnosed cause of heart failure in older people, and the much rarer hereditary forms can affect all sorts of bodily functions in addition, including loss of sensation, paralysis, incontinence and wasting – these are really unpleasant and disabling symptoms”.

“We are greatly indebted to the UKATPA who arranged this first patient and carer information day, which enabled patients and their families to hear about new treatments and ways of coping with their symptoms.

“It was immensely uplifting to discuss the enormous recent progress in understanding, diagnosing and treating ATTR amyloidosis; several very effective new treatments are poised to enter our clinical practice. However, we believe there are still many people with ATTR amyloidosis who are yet to be diagnosed. We hope that publicising this condition will help spread awareness.”