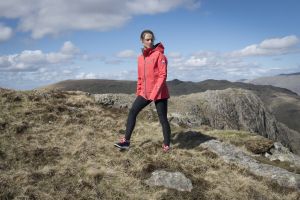 A physiotherapist from the Royal Free London will take on the challenge of a lifetime when she travels along the former Iron Curtain to raise money for children and armed forces charities.

In August Justine Gosling, 30, will walk, run, hike, and cycle 5,000 miles through 16 countries as she traces the boundary line that divided Europe and the Soviet Union between 1945 and 1991.

Along the way the health worker from Hampstead will visit various historical landmarks, such as Checkpoint Charlie in Berlin and the KGB Museum in Latvia. It is believed the journey will see her become the first person on record to walk the entire Russian-Finnish border.

The once-in-a-lifetime journey is part of the G.H.Mumm Champagne Cordon Rouge Club’s mentorship competition, which invited budding explorers to pitch their ideas for unique and exciting adventures, with the promise that one idea would become a reality.

Justine said she entered the competition on a whim, submitting her application just an hour before the deadline.

She said: “I thought nothing of it. It was just this silly little fantasy. But then during a meeting at work I got a message from G.H.Mumm telling me I had won. My first thought was ‘my God, what have I committed to?’ 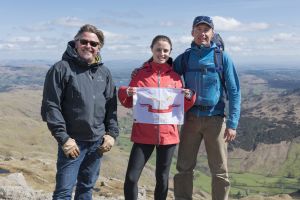 “I’m not quite sure how I came up with the idea. It had to be a first, it had to be inspiring and it had to have a legacy. The history of the Iron Curtain it is really interesting and there are so many fascinating stories coming out of it.”

In preparation for the epic journey Justine has been running half marathons, going on long walks around London and doing strength and conditioning training. She is also being mentored by members of the Cordon Rouge Club, including legendary explorer Sir Ranulph Fiennes, TV presenter and travel writer Charley Boorman, and broadcaster and adventurer Ben Fogle.

Ben Fogle, the 2014 chairman of the Cordon Rouge Club, said: “We were all really delighted by the diverse number of expedition applications submitted, ranging from a stand up paddleboard adventure around Iceland to a unique circumnavigation of the UK. However we were particularly inspired by the Justine’s expedition due to its unique story.”

Over the four-month journey Justine hopes to raise money through sponsorship for two charities: Walking with the Wounded, which raises money for the re-education and re-training of wounded servicemen and women; and Hope and Homes for Children, which works to get children living in orphanages and other institutions back to their families.

About the Cordon Rouge Club and the expedition mentorship competition

Founded in 2008, the Cordon Rouge Club comprises a growing membership of some of the world’s leading adventurers and explorers. The club has created a unique expedition mentorship programme to support the next generation of adventurers.

What sets this programme apart is that the winning expedition team will enjoy unique access to be mentored by all of the highly accomplished Cordon Rouge Club members. The members will endorse, provide advice and offer up their incredible expertise to the chosen winners.

Club chairman for 2014, Ben Fogle, and 2015 chairman, Leo Houlding, created a shortlist of six top entries which were shared with all the other Cordon Rouge Club members for blind voting.