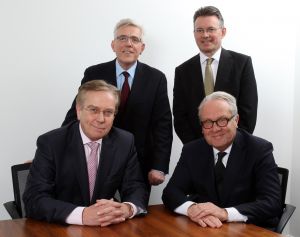 “This partnership will improve services for both clinicians and patients. I also look forward to integrating the existing research and teaching activities fostered by all three partners to the benefit of our patients and academic colleagues.”

Between them, the three partners will be investing £40 million over three years to deliver rapid response laboratories at the trusts and a new core, state-of-the-art laboratory at 1 Mabledon Place in central London, which is due to open in autumn 2016. Lord Carter, who was commissioned by the Department of Health in 2005 to review pathology services across the NHS, is to chair the new venture.

David Sloman, chief executive of the Royal Free London, said: “By providing a world class working environment and outstanding opportunities for personal and professional development Health Services Laboratories will be able to recruit and retain the highest quality workforce.

“The partnership will maximise research and educational opportunities, ensuring its NHS partners and customers remain at the forefront of patient care.”

UCLH was the first major NHS trust to develop a commercial relationship with an independent pathology partner, TDL, in 2002. Sir Robert Naylor, UCLH chief executive, said: “This new venture will deliver on the vision for pathology services outlined by Lord Carter in his seminal report, and builds on UCLH’s strong record in partnering with the independent sector when it gets the right outcomes for patients and saves money.”

North Middlesex University Hospital NHS Trust, which currently provides blood sciences, microbiology and specialist testing services for its patients and for the patients of GPs in Enfield and Haringey, will be the first non-partner customer of Health Services Laboratories.

Over 800 staff will be employed at the new organisation, which will have the financial freedom to recruit, retain, motivate and develop the highest quality workforce by offering an excellent working environment and opportunities for personal and professional development.

The Doctors Laboratory (TDL) was formed in 1987 and is the largest independent provider of clinical laboratory diagnostic services in the UK. The main laboratory is based in central London with a second hub laboratory in Manchester. The two hub laboratories support a national network of laboratories throughout the UK. Consultant-led pathology services are extended to both private and NHS hospitals, laboratories and clinical practices of every discipline. TDL's parent company, Sonic Healthcare Ltd, is an Australian clinical diagnostics organisation and is the third largest provider of pathology services worldwide. TDL's commitment is to technical and operational excellence, to the doctors who request their pathology services, their patients, and to TDL’s own staff.

UCLH (University College London Hospitals NHS Foundation Trust), situated in the West End of London, is one of the largest NHS trusts in the United Kingdom and provides first class acute and specialist services. The state-of-the-art University College Hospital which opened in 2005 is the focal point of UCLH alongside five cutting edge specialist hospitals. UCLH is committed to research and development and forms part of UCL Partners which in March 2009 was officially designated as one of the UK's first academic health science centres by the Department of Health. UCLH works closely with UCL, translating research into treatments for patients.

The Royal Free London attracts patients from across the country and beyond to its specialist services in liver, kidney and bone marrow transplantation, haemophilia, renal, HIV, infectious diseases, plastic surgery, immunology, vascular surgery, cardiology, amyloidosis and scleroderma and we are a member of the academic health science partnership UCLPartners. In July 2014 Barnet Hospital and Chase Farm Hospital became part of the Royal Free London.

Over five years £200 million has been invested in modernising and expanding North Middlesex University Hospital in Sterling Way, Edmonton. The hospital’s state-of-the-art £80m maternity unit opened in 2013, together with its expanded A&E department which treats 180,000 patients a year, making it one of the busiest A&E departments in London.