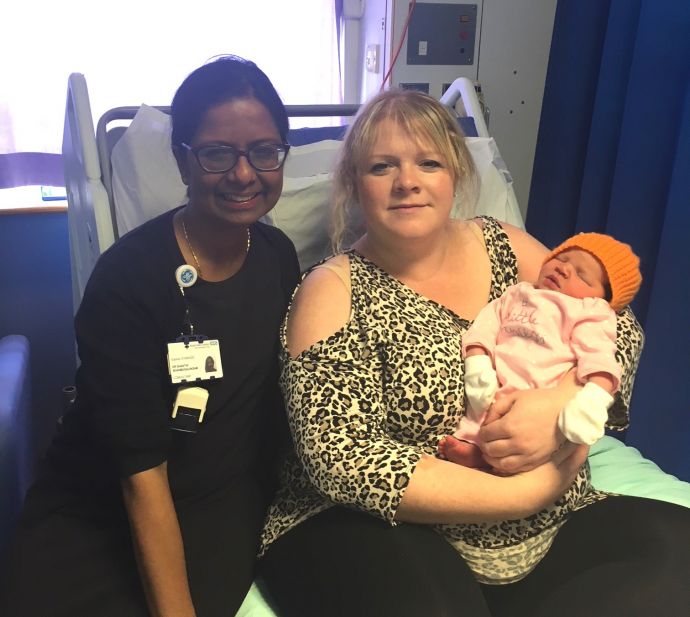 Two pioneering projects at the Royal Free London (RFL) have been shortlisted for patient safety awards, it was announced this week.

An app which improves care for some of the most vulnerable patients staying in hospital and a new initiative which helps keep mothers and newborn babies together have both been included in the nominations for the Health Service Journal (HSJ) patient safety awards.

The resuscitation service/patient at risk and resuscitation team (PARRT), which was shortlisted in the deteriorating patients and rapid response systems category of the awards, collaborated with DeepMind Health to build Streams. The app uses a range of data to detect which patients are at risk of or who have developed a serious condition called acute kidney injury (AKI). It sends an alert to a clinician about the patient, who can then provide him or her with appropriate care.

Dr Jenny Cross, consultant nephrologist and the clinical lead for the project, said: “We’re absolutely delighted to have been nominated for this award. It’s been a lot of hard work for the whole clinical team to help produce a user-friendly, clinically-designed app with the support of DeepMind Health to spot AKI early so we can do something about it. The alert system means that in seconds all those patients in our hospital who need urgent specialist care are identified automatically. This allows us to save ‘golden hours’ and get treatment in early, which may save kidney function and improve patient outcomes.

“The app is really handy - everything is in one place and easily accessible really quickly.  It means we can see at a glance what might be causing a patient to deteriorate and what we need to do to get them well again.”

You can read more about how Streams helps patients here.

The trust’s maternity and neonatal teams have been shortlisted in the maternity and midwifery category of the awards after developing a new way of caring for babies which reduces admissions and helps keep mothers and new-borns together.

The team standardised the care delivered to babies who are at higher risk of becoming unwell after birth. The initiative was developed as a part of the RFL’s clinical pathway group programme, which is a new way of delivering care aimed at reducing variation so patients can expect the same high standards wherever they are treated.

The programme, ‘Keeping mothers and babies together’, simplifies the monitoring and support given to higher-risk babies after birth, resulting in fewer babies needing to be admitted to the neonatal ward where they would be separated from their mother.

Dr Shanthi Shanmugalingam, neonatal consultant who led the project along with consultant midwife Rose Villar, said she was delighted the work had been recognised by the judges.

“We’re really pleased to be finalists. What we did might sound simple but standardising care across all the possible risk factors for babies becoming unwell was really challenging. Frontline staff and families worked together to simplify and standardise how high risk babies are cared for across the trust. .

“We also introduced a system whereby babies who needed extra monitoring would wear an orange hat. It made it much easier to identify the babies who needed that additional bit of care and attention. Thank you to all the people who knit the hats for us – we’re really grateful for your help with this project.”

Both teams will now have to present their work to a panel of judges and the final winner will be announced at a ceremony on 2 July.