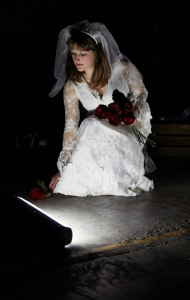 Pop Up Opera, a company that takes opera into unusual spaces to make it fun and fresh, is putting on a performance of Bellini’s Romeo and Juliet at the Royal Free Hospital to celebrate the merger between cancer charities Cancerkin and Maggie’s. The opera will take place in the Peter Samuel Hall on Wednesday 6 April; doors open at 6.45pm for a drinks reception and the performance starts at 7.30pm.

Tickets are £25 and they can be purchased online or by emailing Ellie Shaw at eshaw@cancerkin.org.uk.

The Cancerkin Centre houses the only breast cancer-specific lymphoedema clinic in the London area, providing treatment completely free for this painful and commonly overlooked side effect of breast cancer treatment. The night will include a  raffle to raise funds for this very necessary service.