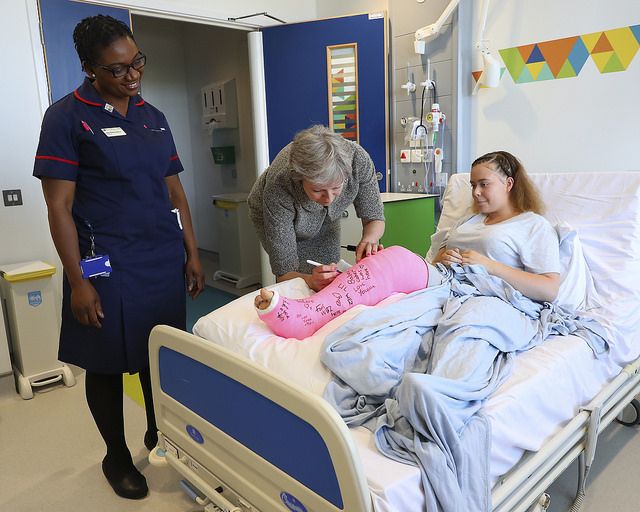 The prime minister said she could think of no better place to announce the government’s vision for the future of the NHS than the Royal Free Hospital, during a visit today.

Speaking to some of the most senior leaders in the NHS, and staff from across the Royal Free London, Theresa May said: “I want to speak today about the future of our National Health Service. There is no place more fitting to do so than here at the Royal Free.”

The prime minister chose the Royal Free Hospital to speak about how the government intended to ‘secure the future of the NHS: now and for generations to come’. For the visit on Monday (18 June), she was joined by health secretary Jeremy Hunt, chancellor Philip Hammond and the chief executive of the NHS Simon Stevens. 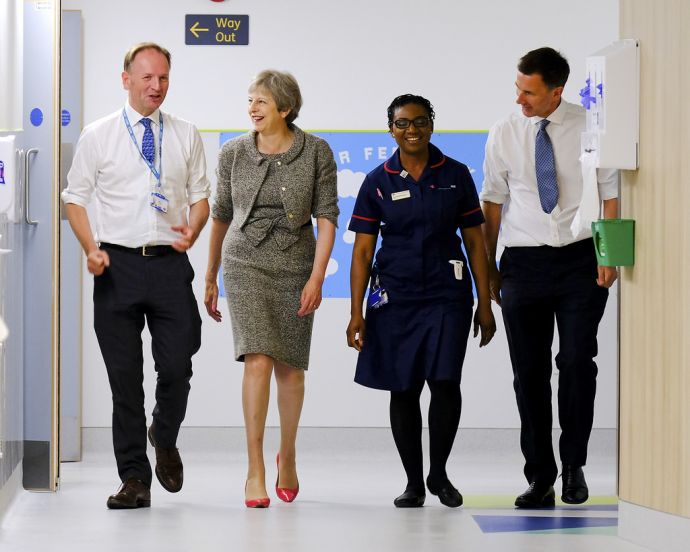 She added: “More than one hundred years before the NHS was conceived, the surgeon William Marsden discovered a young girl dying on the steps of St Andrew's Church in Holborn but could not find a hospital prepared to take her in. He was determined this should not happen again.

“So he set up the Royal Free to provide healthcare for anyone who needed it, free at the point of use, regardless of background or income.

“A century later this principle of fairness became the defining creed of our National Health Service.

“From life-saving treatment to managing a life-changing condition - whoever we are, whatever our means, we know the NHS is there for us when we need it.”

Ahead of her speech to a packed auditorium, the prime minister visited the Royal Free Hospital’s children’s ward to speak to staff, patients and parents.  She also heard about the progress of the Royal Free London group which was established in July 2017.

Introducing the prime minister to senior leaders in the NHS, our staff, and the assembled media, Dominic Dodd, RFL group chairman, thanked the prime minister for taking time the to meet staff and see the passion they have ‘for making things better for our patients, a passion for sharing learning on best practices…but most of all a passion for the whole endeavour that is the NHS’.

Dominic added: “The central principle behind that endeavour is simple – that the only passport to the best healthcare should be need. It is the principle on which the Royal Free was founded. It’s the principle to which many people in the NHS have devoted their working lives. And I know that you will agree with me that the NHS, created 70 years ago to make that principle a reality for all, still stands as this nation’s greatest achievement.” 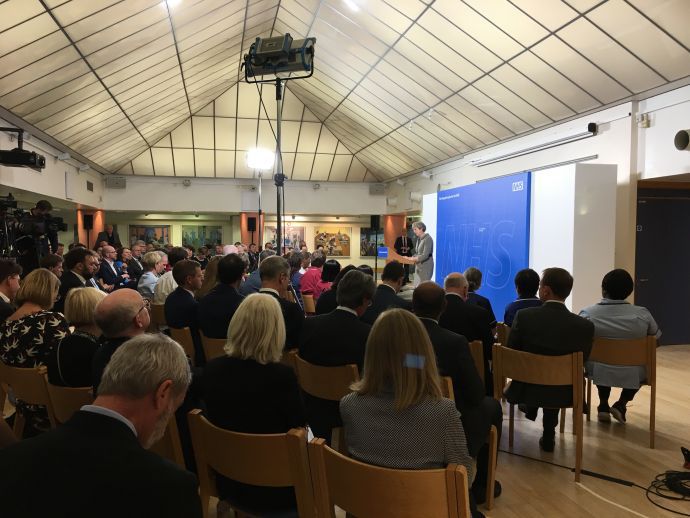 “We were able to share with her, and our other guests, our aspirations for the Royal Free London group which we believe will be a blueprint for how we ensure patients get the same high quality treatment wherever they are treated.”