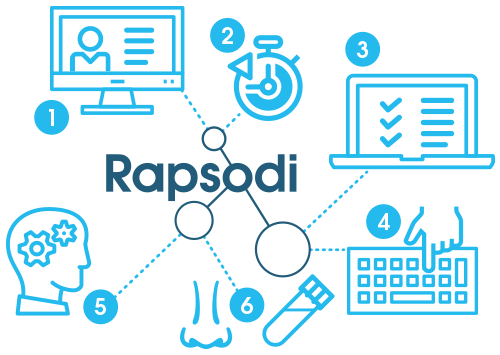 A trial being run at the Royal Free London (RFL) which is looking into the genetic causes of Parkinson's disease has hit its initial target of2,000 participants and hopes to recruit 2,000 more.

The RAPSODI study, supported by CRN North Thames, is investigating why those who carry changes in a gene known as GBA can sometimes go on to develop Parkinson's, while others who carry these changes do not.

As part of the study, being led by Professor Anthony Schapira at UCL and run at the RFL, researchers are also looking at those who have Gaucher disease, who are carriers of changes in two copies of the GBA gene. The hope is that by comparing data from those who carry GBA genetic changes and do go on to develop Parkinson’s disease with those who carry these changes and do not, drugs that can prevent the onset of Parkinson’s disease may be developed.

In the study, participants are sent a saliva testing kit, used to sequence their DNA to detect what genetic changes they may have, and a smell test. Loss of sense of smell is commonly reported as a symptom by those living with Parkinson's disease.

Participants are also asked to do a keyboard tapping test, complete some memory tests and fill in some questionnaires as part of the study.

Those who want to take part can do so via one of two entry points. They can either use the RAPSODI or PD Frontline websites. For both entry points, participants must be over the age of 18 and a resident of the UK.

People with Parkinson’s disease who do not carry the GBA gene or are uncertain as to whether they carry these changes, are eligible to take part in PD Frontline.

“The idea of genetic therapies in medicine is a really exciting one generally,” explained Selen Yalkic, one of the research assistants working on the study, based at the RFL. “The idea of a gene-focused study for Parkinson's disease, particularly, is really promising.”

Naomi Limbachiya, another research assistant based at the trust working on the trial, said: “We are entering the new age of medicine, which is prevention. The hope is that the findings from study gives us a guide as to how we may be able to intervene many years before people develop Parkinson's and slow down its progression.”