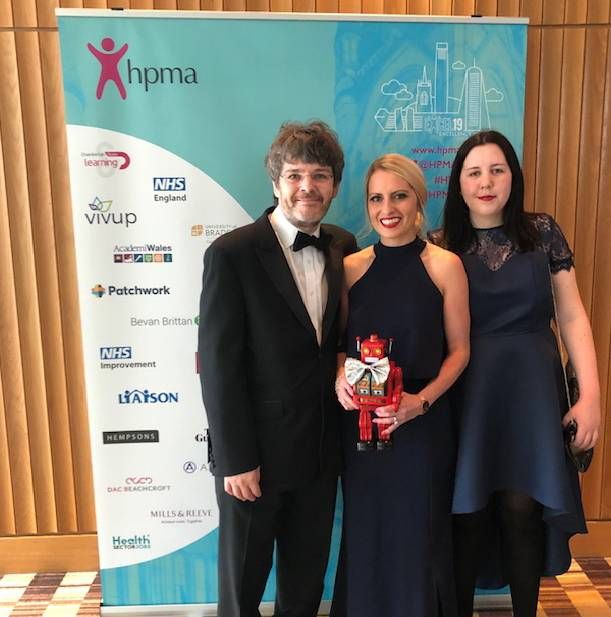 The recruitment team at the Royal Free London (RFL) has won an award after they started using a ‘robot’ to help recruit nurses, doctors and other staff to the trust.

The robot, known as STU, has helped reduce the average length of time it takes to recruit staff by five days, as well as reducing data error and improving the experience of staff and candidates.

Jilly Jamieson, head of general, nursing and medical recruitment services, said: “We’re so thrilled to have won this award. STU the robot has made a huge difference to our recruitment processes. We’ve been able to reduce the length of time it takes to get new staff in, reduce data quality errors and also enhance the candidate experience.

“As an NHS trust I think we’ve really led the way in this – it’s certainly something that other trusts could also adopt to help them increase efficiency and reduce costs.”

The robot has removed the scope for human error – either by staff or the candidate - on data entry. For example if a new starter fills in a form wrongly the robot automatically sends it back for correction, which means that person is completely responsible for the data held on them.

Between January 2018 and January 2019 the RFL recruitment service received 12,487 applications. Additionally, the team handles 3,296 rotational training moves, both for the group’s own trainees and as a lead employer for GP trainees across north London. With ever-increasing pressure to reduce costs and consolidate back office functions, a radical reshaping of recruitment services was needed.

Jilly said: “The answer lay not in working harder but in working smarter, using advances in technology to speed things up and reduce costs. The key challenge for us was to reduce the time it took for us to recruit staff in order to help us reduce our spending on agency staff.”

The trust worked with a commercial partner, EY, to develop and deploy a range of e-forms that could be read by a virtual worker or robot, which would handle data entry and transfer.

Jilly added: “This involved mapping every current process, establishing which could be automated and then building the system capability to allow the robot to function.

“The aim was to release recruitment staff from data entry to concentrate on value adding duties, such as working with managers to enhance selection choices, improving the quality of job descriptions and person specifications and focusing on creative or specialist recruitment campaigns.”

The project will in fact allow the service to expand and take on the work of other organisations from a consolidated, shared-service centre, at a highly competitive cost. The project is the first step towards establishing a shared-services hub within the RFL group.

Jilly said: “What we wanted to do was create jobs that give staff satisfaction while still providing a fast, efficient and effective service. This was not just a financially driven project, even though savings are important, at its heart it remains driven by a desire to ensure a good experience for service providers and service users alike. It may be based on a virtual worker - but at its heart are people, and it’s people who have driven the project from its inception.

“The virtual worker has also delivered demonstrable benefits to patients – as being able to bring substantive staff to the wards more quickly reduces the variable quality of care that can arise from an over-dependence on agency workers.”

Early stage development took place in 2018, with user testing and roll-out following through 2018 and into 2019.

Time to hire has fallen by five working days and it is anticipated this will be further reduced this year as full automation arrives and is expanded to other parts of the process. The reduction of five days sustained over a full financial year would greatly reduce demand for agency staff. It is expected that the savings in 2019 will be significant as time to hire continues to fall and more vacancies are filled through enhanced recruitment initiatives.