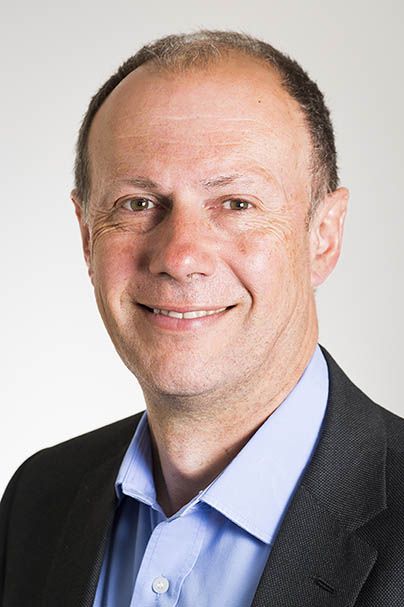 After more than a decade dedicated to improving care for patients at the Royal Free London NHS Foundation Trust (RFL), Professor Stephen Powis is leaving to become medical director of NHS England.

RFL group chief medical officer Professor Powis was today praised for his significant contribution to the trust after it was announced that he will succeed Professor Sir Bruce Keogh who is stepping down from his post at NHS England at the end of 2017.

Simon Stevens, chief executive of NHS England, said: “We are delighted to appoint Steve Powis as the new medical director for NHS England. He brings first-hand experience of frontline care as well as a practical track record of driving major innovation and service improvement.”

Professor Powis is currently professor of renal medicine at University College London and has been medical director at the RFL for almost 12 years. He will take up his new role at NHS England at the start of next year.

He has held leadership positions in a range of organisations across the health sector, including interim chair of the North Middlesex University Hospital NHS Trust, chair of the Association of UK Hospitals medical directors’ group and a board member of Medical Education England. He is also a member of the Merton Clinical Commissioning Group governing body.

Professor Powis said:  “I am incredibly proud of my 12 years as Royal Free London medical director, a period in which the organisation has gone from strength to strength. I am confident the trust’s hugely dedicated staff will continue to achieve great things, under the guidance of its outstanding leadership team.

“I feel tremendously privileged to be taking on the role of NHS England national medical director, providing a clear clinical voice and vision for the NHS. I am particularly humbled to be taking over from Sir Bruce Keogh who has done so much to put quality at the heart of all we do. My task is to ensure we remain relentlessly focussed on health improvement and achieving the best possible outcomes for our patients.”

In a joint statement, the Royal Free London’s group chairman, Dominic Dodd, and group chief executive, Sir David Sloman, said: “We know we speak for all of Steve’s colleagues at the Royal Free London in saying what a privilege it has been to work with someone of his talent, integrity and good humour.

“Our patients and staff owe him a great deal for all of his many contributions over the last 12 years. So, on their behalf, thank you Steve and we wish you every success in taking on this important national role at such a crucial time for the NHS”.

Professor Sir Bruce said: “It has been an honour to serve as national medical director for the past decade. Having worked with Stephen, I know he will be a standard bearer for clinical excellence and patient centred care.

Stephen Powis is professor of renal medicine at University College London. He joined the Royal Free Hospital in 1997 as a consultant, becoming the trust’s medical director in 2006 and chief clinical information officer in 2016. His main clinical interest is renal transplantation.

He is the former chairman of the Association of UK Universities medical directors group and a board member of Merton Clinical Commissioning Group. He is a past non-executive director of North Middlesex University Hospital NHS Trust, including a period of eight months as acting chairman. He is a past chairman of the Joint Royal Colleges of Physicians Training Board specialty advisory committee for renal medicine and a former board member of Medical Education England. He was director of postgraduate medical and dental education for UCLPartners from 2010 to 2013. Professor Powis will take up his new role at NHS England at the start of next year.

We attract patients from across the country and beyond to our specialist services in liver, kidney transplantation, haemophilia, renal, HIV, infectious diseases, plastic surgery, immunology, vascular surgery, cardiology, amyloidosis and scleroderma. We are a member of the academic health science partnership UCL Partners, which brings people and organisations together to transform the health and wellbeing of the population.

The Royal Free London is one of four trusts across the NHS to be chosen to develop a group model enabling us to share services and resources more effectively across hospitals to improve the experience of patients and staff. More information is available here https://www.royalfree.nhs.uk/the-royal-free-london-group-model/