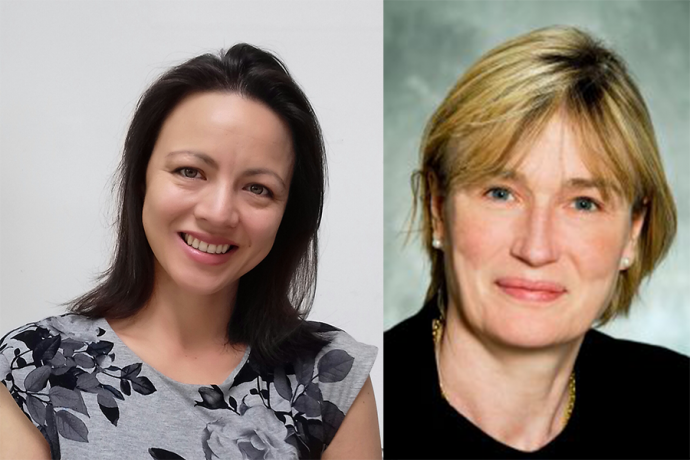 Patients at the Royal Free Hospital have been recruited on to separate EU-wide research studies – one looking at the effectiveness of an anti-cancer drug therapy and the other a new HIV drug therapy.

Immunotherapy is a relatively new method of treatment, providing increasingly promising therapy for several types of cancer.  In it, drugs are being developed which enable the body’s own immune system to help fight against cancerous cells.

The ‘A BRAVE’ study, which recruited its first UK patient at the Royal Free Hospital, will test whether a new drug, Avelumab, can stop a protein that camouflages cancer from the body’s immune system. The drug works against the protein, allowing the immune system to recognise tumor cells and attack them.

Breast cancer is the most common type of tumor in women and is the leading cause of women’s cancer-related death in Europe.  The A BRAVE trial is designed to target a rare type of ‘triple negative breast cancer’ (TNBC), a subtype which currently has the poorest outcome for patients.

Patients taking part in the study have already received the standard treatments of surgery and chemotherapy but have features associated with a higher risk of reoccurrence.

The study aims to recruit 335 patients in total, assessing whether taking the drug for one year will improve survival rates for patients.

Speaking about her hopes for the research, principal investigator, Dr Judy King (pictured left), said: “TNBC remains the most challenging breast cancer subtype to treat. Patients with residual disease present in the breast or lymph nodes after completing primary chemotherapy are at high risk of relapse.

“The first positive trial of immunotherapy in metastatic TNBC was recently reported at the European Society for Medical Oncology and the A BRAVE study aims to build on this success.

“Immunotherapy after surgery has already become standard of care for other cancers such as melanoma, and the hope is that TNBC will one day follow suit.”

The research team at the Royal Free Hospital’s Ian Charleson Day Centre (ICDC), led by Professor Margaret Johnson (pictured right), recruited the first EU patient and have already recruited five further patients into an HIV trial and this number could potentially rise. The WISARD study is looking at the effectiveness of combined drug therapy for patients who are HIV positive and who have a specific drug mutation.

HIV positive patients with drug mutations often have limited treatment options, and must often take a very complicated multiple drug regimen to remain virologically suppressed. However newer drug therapies such as Dolutegravir (DTG) and Rilpivirine (RPV), combined in one pill, may work to suppress HIV in this particular patient group. If the treatment works it would be hugely beneficial for patients, as not only will it lower the number of pills the patient has to take burden but also reduce drug interactions in this complicated patient cohort.

Professor Margaret Johnson, clinical director of the HIV/AIDS service at the Royal Free Hospital, said: “Recruiting the first EU patient and others into this study is a great achievement for the research team and it provides access to our patients into newer, advanced drug therapies.

“We have achieved this through well-integrated research and clinical teams led by dedicated staff focused on supporting patient treatment within clinical trials. Setting up clinical trials efficiently and having an HIV database to identify patients with mutations have been key factors in achieving this milestone.”