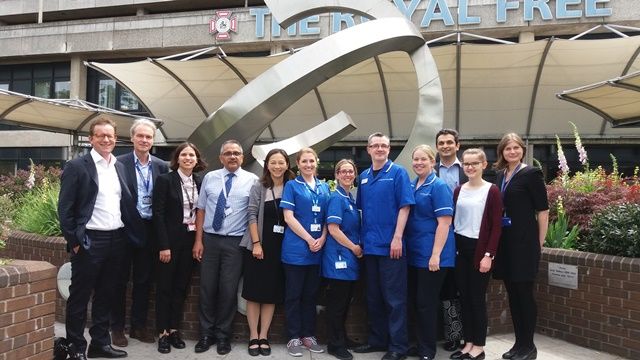 A new study looking at whether destroying kidney tumours by freezing them with argon gas is as effective as removing them with a scalpel has been launched at the Royal Free Hospital (RFH) and University College Hospital (UCH).

Currently standard treatment for small kidney cancers that are less than 4cm in size, is surgical removal (partial nephrectomy). However, this is a complex surgical procedure and some patients can develop complications such as leakage of urine into the abdomen, bleeding and bowel injury.

An alternative treatment option is cryoablation, which involves killing cancer cells by freezing them using needles placed into the tumour under imaging guidance in the radiology department. Cryoablation has fewer complications, faster recovery times and appears to give equally good cancer control. Cryoablation is currently not routinely offered to patients, unless they are too frail or unwell to undergo surgery. This trial will determine whether it is as effective as surgery and so could be offered to all patients.

This study, which aims to recruit 200 patients in total, will run for three years until 2022 and is an ‘investigator-led NIHR-funded research for patient benefit’ clinical trial. Patients will be seen at the RFH and have their cryoablation at UCH.

Maxine Tran, consultant urologist at the RFH, associate professor in renal cancer and chief investigator, said: “The feeling is that at the moment other treatments may be equally effective as surgery in the management of the majority of small kidney tumours. It may be that cryoablation will help patients experience fewer side effects from treatment than if they had surgery, and, because cryoablation is a less invasive treatment, recovery will be quicker resulting in shorter hospital inpatient stays and enabling patients to go back to their normal life sooner. The British Association of Urological Surgeons nephrectomy audit shows that 13,045 small renal masses that were treated surgically in the UK between 2012-2016, therefore the potential impact may be significant.

“We are running the feasibility trial at the Royal Free Hospital, the UK’s largest kidney cancer centre, to find out if patients are willing to accept cryoablation as their treatment. If successful we will extend the study to other centres to allow other patients to participate.”

Frederick Glenister, 74, who works as a concierge and lives in Dagenham East, has had two cryoablations, four years ago and two years ago, both at the RFH, after two tumours were found in the same kidney.

He explains: “I have a low kidney function which means my kidneys don’t work as well as they should. Because of my condition when a tumour was detected my consultant felt I was a good candidate for cryoablation instead of surgery.

“I stayed in hospital overnight but was home the very next day and on both occasions I can honestly say there were no after effects and no pain. If I’m anything to go by I think this could be a really effective alternative to surgery.” 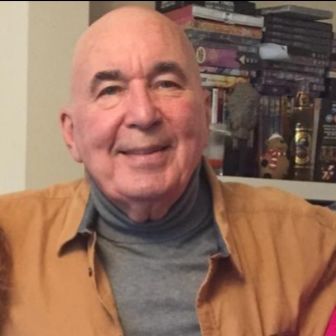