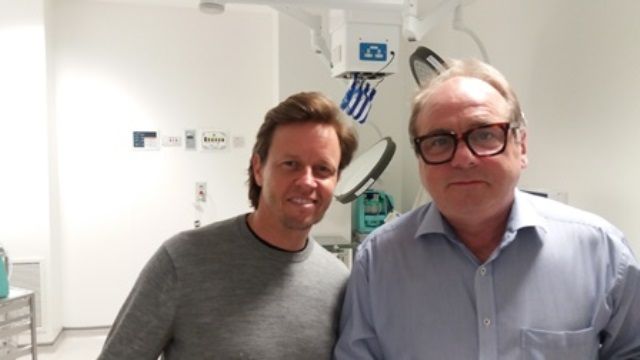 With thousands of people committing to Dry January, BBC’s The One Show filmed at the Royal Free Hospital at the end of last year, to put liver expert Professor Kevin Moore’s research to the test.

The volunteers who took part admitted to drinking more than the government’s recommended unit intake of 14 units a week. They had their blood and liver tested at the beginning and end of the month-long experiment, as well as being assessed by Professor Moore.

Also joining the experiment was One Show presenter, Michael Douglas, who admitted he found it difficult to forego the glass of wine he usually enjoyed when he got home.

According to Professor Moore just one alcohol-free month can lead to improvements in people’s concentration, sleep patterns and general well-being. It can also have a regenerative effect on the health of the liver, even in just four weeks.

Professor Moore said: “The research we have done so far shows that even giving up alcohol for this short amount of time appears to have a very positive effect on people. If people give up for a month and feel the benefits they may also end up cutting down their alcohol intake long term and that could be very beneficial to their health.”

To find out more about discover how the volunteers got on watch The One Show on BBC 1 at 7pm tonight.