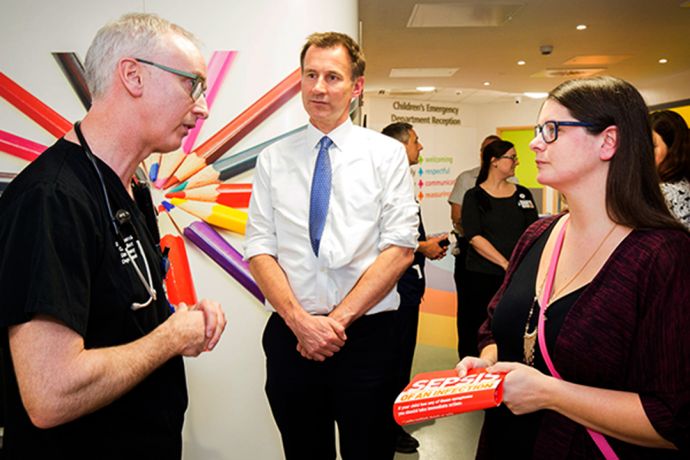 An inspirational mother whose son died aged just one, joined the Secretary of State for Health Jeremy Hunt at the Royal Free Hospital to launch a campaign to raise awareness about sepsis.

Melissa Mead, who lost her baby son William to sepsis in December 2014, is featured in a new film aimed at encouraging parents and carers of young children to look out for the symptoms.

Melissa and the health secretary visited the Royal Free Hospital yesterday (December 14) on the second anniversary of William’s death to hear about our work to tackle sepsis, which is the cause of around 44,000 deaths each year in the UK. 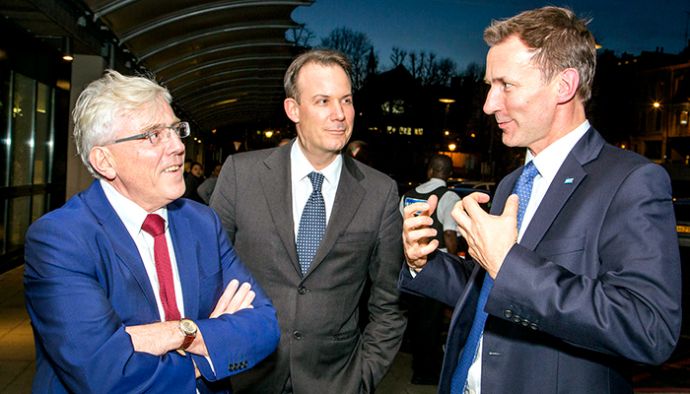 Since introducing six interventions, which need to be delivered within 60 minutes for patients at risk of sepsis, the Royal Free has seen a dramatic improvement in outcomes.

In the space of six years, the hospital has seen a reduction in mortality from 22% to 12% and a 50% reduction in length of stay and a reduction in acute kidney injury by 70% if you do all six interventions in one hour.

Melissa, an ambassador for the UK Sepsis Trust, said:

“Sepsis is a cruel, ruthless condition which doesn’t discriminate and can affect anyone. I hope this campaign reaches as many people as possible, so all parents out there know about sepsis and how serious it can be. The more parents know, the quicker they can act if they suspect their child may be suffering from sepsis – it could be life-saving.

“I will never hear my sweet child say ‘mummy I love you’. I will never know the man that William would have grown to be. So please, it is too late for me to ‘think sepsis’, but it’s not too late for you.” 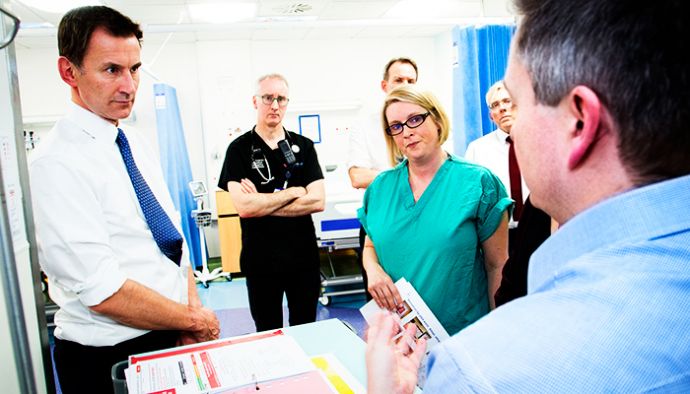 The Secretary of State said: “I was hugely impressed with the commitment of the team at the Royal Free in tackling sepsis and the impact that their work in this area is having.

“Sepsis is a devastating condition and we need to get better at spotting it across the NHS. By raising awareness and improving clinical practice we will save lives in the fight against this horrible illness. I’d like to thank those who have worked with us to campaign for better awareness of sepsis, including Melissa Mead and other families who have tragically lost children to sepsis.”

“It was a real privilege to be able to show Melissa and the Secretary of State the measures we have in place to identify sepsis early so we can improve outcomes for our patients.” 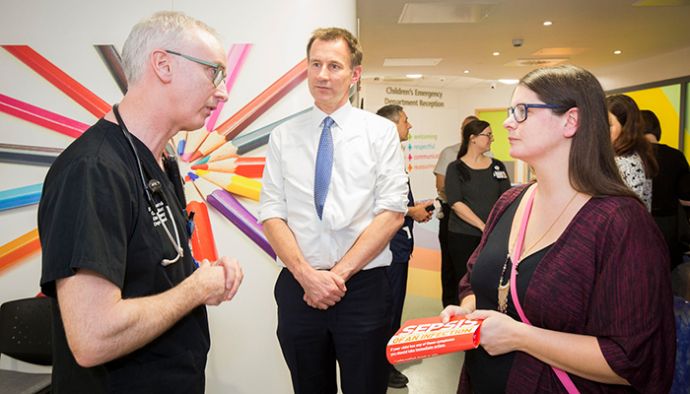 Jonathan Costello, clinical director for the emergency department, talks to Secretary of State for Health Jeremy Hunt and Melissa Mead

Millions of leaflets and posters are being sent to GP surgeries and hospitals across the country. These materials, developed with the Royal Colleges, will urge parents to call 999 or take their child to A&E if they display any of the following signs:

The campaign will involve a range of activities including the release of a series of new symptom awareness films led by Melissa Mead and supported by other families who have been affected by the condition, including Hayley Astley whose daughter Layla contracted sepsis aged 13 weeks and Patrick Kane, now 19, who developed the condition aged nine months. The campaign is also being supported by a partnership with Netmums, the UK’s biggest, most trusted and influential parenting site.

You can view the films here http://sepsistrust.org/ 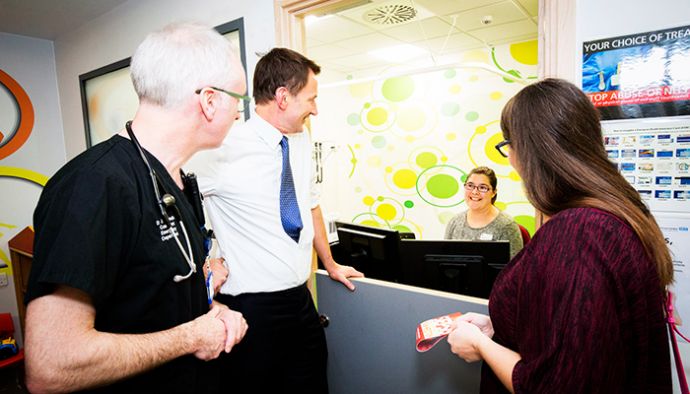