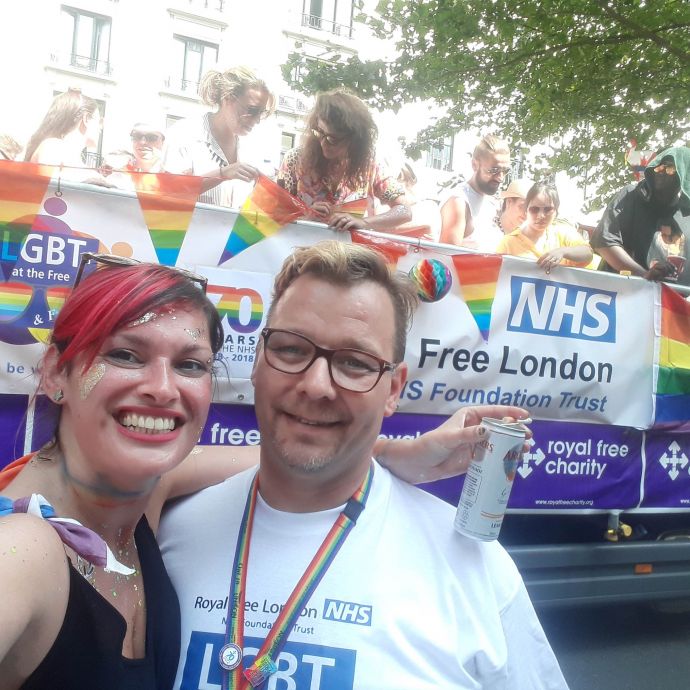 Nearly 100 staff from the Royal Free London celebrated in style at the weekend when they joined the Pride parade in central London.

Stephen said: “It was such a brilliant day and there was so much solidarity on the float and with the crowds along the parade. When they saw we were from the NHS and the Royal Free London there was an amazing reaction. For a lot of the people who were with us, it was the first time they had been, and they have already asked us to book for next year.”

There was double cause for celebration at the Royal Free London, as Wanda Goldwag, one of the trust’s non-executive directors was named in the 2018 Pride ‘Power list’. Wanda received the accolade for her ‘lifetime of fighting to further the rights of the LGBT+ community’.