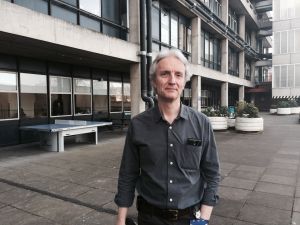 More than five years after the Royal Free London became one of the first trusts in the country to hold Schwartz rounds, trust staff have given an insight into what they get out of the ground-breaking programme.

Originally developed by the Schwartz Centre in Boston USA in 1995, Schwartz rounds allow all NHS staff to come together once a month to reflect on the emotional impact of their work in a supportive and confidential setting.

The scheme was launched in the USA after terminally ill cancer patient and healthcare lawyer Kenneth Schwartz came to the conclusion that what mattered most was the human connection between patients and their caregivers.

A typical Schwartz round sees a panel of four or five clinicians from a range of specialties discuss a single case that they found emotionally challenging, before staff in the audience share their own experiences of similar cases.

At a recent Schwartz round a panel discussed difficulties that can arise in their relationships with patients and their family members. Another looked at staff being subjected to racism and aggression while trying to care for a very sick patient. The next event at the Royal Free Hospital will deal specifically with the experience of the team working in and around the high level isolation unit throughout the current Ebola outbreak.

Mary Emerson, lead nurse in the patient at risk and resuscitation team, has been a regular Schwartz round attendee since she started at the trust three years ago and has presented a case as a panel member.

She said: “I presented about an organ donation case and that was very useful for me. It helped me address things that were still big issues which had stayed with me for a long time. It was helpful and quite therapeutic.

“I think it’s good to acknowledge that we work in often stressful and emotionally charged circumstances. Everything we do is about supporting patients and their families, but we are sometimes not very good at taking care of ourselves.”

“It’s good to know that colleagues have heard what you said and that it meant something to them. You realise that your experience isn’t an isolated one.”

She added that Schwartz rounds could help break down the barriers between senior and junior members of staff, which in turn could encourage more collaborative working and improve patient care.

“It’s very useful to understand a person’s point of view and get an idea of what they are like,” she said. “Staff in the hospital can see senior people from different groups just being real. If you see someone as a person, rather than just a senior consultant, it is easier to challenge them. That could have a real patient safety impact.”

Dr Stephane Duckett, a clinical psychologist at the Royal Free Hospital, said: “Since the Schwartz rounds started they have certainly made my job easier. Frequently we are confronted by situations that are not necessarily wholly within our control. And while we are able to put our emotions aside, we are still human beings and we cannot sweep them away forever.”

He added: “Talking about the emotional impact of our jobs also makes us better clinicians because for me Schwartz rounds is a recognition that we are not just treating an organ or an illness, we are treating a person. If you are responding to patients with a greater sense of them as a person they gain a sense of acknowledgement and a sense that you understand their struggle.”

Barbara Wren, consultant psychologist and Schwartz round lead, said: “Schwartz rounds allow staff to get together, share their experiences and acknowledge how tough it is to do what they do, as well as how rewarding the work can be.

“Since we launched Schwartz rounds staff have reported an improved ability to empathise with patients, an improved relationship with the trust and a greater sense of community.”