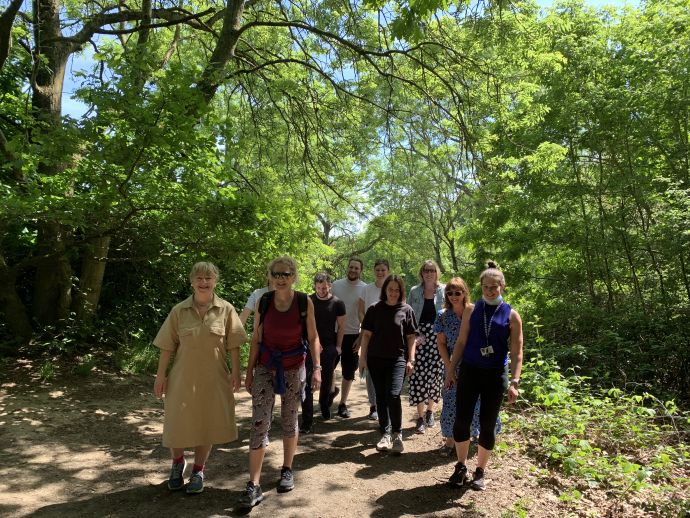 Staff at the Royal Free London walked the equivalent of John O’Groats to Land’s End more than 17 times during a four-week walking challenge.

The challenge, organised by the greener Royal Free London’s staff sustainability network and aimed at improving health and benefitting the environment, saw more than 40 teams of four take part - a doubling in numbers from last year. In total staff walked over 32,800,000 steps, which is over 15,530 miles.

By opting to walk instead of drive, this has helped save around 3.5 tonnes of carbon dioxide being released into the atmosphere.

The Royal Free London winning team – Stride and Prejudice – was made up of Jackie Wastell, Laura Romano, Francesca Reynolds and Matthew Wheat, from the Royal Free Hospital’s therapy services department, who between them completed over two million steps in May – approximately 1,000 miles or nearly nine miles each day per person.

Matthew said: “I've loved this challenge. I just feel that the choices I have made during this month were more positive as a result. For instance, instead of starting another episode of something on TV, I've been taking my dog out for an extra evening stroll... and the dog has loved it too. There is really not much that a bit of nature and fresh air can't fix!"

Renuka Umasuthan, who heads up the greener Royal Free London sustainability network and Green Plan, said: “The Royal Free London has signed up to become a net zero trust for direct emissions by 2040 in line with the rest of the NHS. One of our commitments is to encourage active travel for staff, patients and visitors and the walking challenge shines a light on how you can quickly develop positive new habits. Introducing walking and cycling into your daily lifestyle has numerous benefits for yourself and your surroundings.”