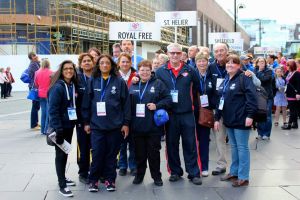 Current and former patients at the Royal Free London (RFL) have won a total of 28 medals at the British Transplant Games 2016, a national event which encourages transplant patients to regain fitness and celebrates their recovery.

A team of nine patients represented the trust at the games, which were held in Wavertree Park in Liverpool from 28 to 31 July. Almost 3,000 people from across the UK competed in the biggest games yet, where RFL patients won 15 gold, nine silver and four bronze medals.

Deidre Faul, liver transplant patient at the Royal Free Hospital, who won five gold medals for squash and swimming and silver for the swimming relay, said:

“I was proud to represent the Royal Free London team in the games and I gained more than I could ever have imagined. The games are a celebration of our good health and the generosity of our donors and their families who made it all possible. Training was extremely hard work, but as former transplant patients we were all motivated to show that organ donation can save lives.” 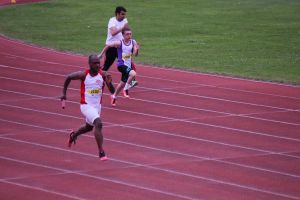 “I got involved to help spread awareness for organ donation as my sister donated her kidney to me in 2011. I was always interested in sports and representing the RFL is my way of giving back to the hospital that took care of me. This year was my fifth games and hopefully now I will get the opportunity to represent the trust at the world games in Malaga.”