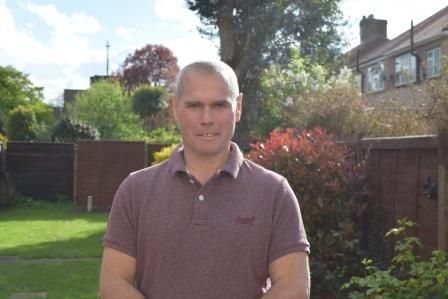 The Royal Free London has recruited the first UK patient to a global research trial of a new drug for a rare autoimmune condition.

Scleroderma is a rare disease caused by the immune system attacking the connective tissue of the skin, internal organs and blood vessels, leading to scarring and thickening of the tissue in these areas.

Those with the disease often experience a range of uncomfortable symptoms including skin thickening, joint pain, finger ulcers, stiffness and difficulty swallowing linked to weight loss. Some patients find it difficult to move their hands and arms. Currently there is no cure for sufferers and those living with the condition are offered treatments that target the various symptoms of the disease.

In this trial the new drug is administered to half of the participants over a course of 24 weeks. Thirteen countries are involved with this study and eight countries are currently recruiting to the trial. The Royal Free is the only participating hospital in the UK.

Fred Whitby, 57, from Feltham in west London, has become the first patient in the UK to take part in the trial.

Fred said: “At the start of 2016 I began experiencing sensitivity in my fingers and my fingertips became discoloured. I visited my GP who initially suspected a condition called Raynaud’s. I was referred to a specialist at the Royal Free and it was later confirmed I had scleroderma. I have been given treatments to manage some of the symptoms I’m experiencing but at the moment there is no cure.

“When the team at the Royal Free offered me the opportunity to take part in a new clinical trial that aims to find a cure, I signed up. I’m given an injection every week by a nurse, either at the hospital or in my home. The treatment lasts for six months. Although it is a big time commitment, I know that without research a cure will never be found. Even if participating in this trial doesn’t benefit me in the short term, my hope is that it will benefit me and others with my condition in the future.”

At the Royal Free, the trial is being led by Professor Chris Denton and his team.

Sub investigator Dr Anna Gill, said: “This is a condition that causes lots of disability and pain. The great thing about this trial is patients are able to remain on their regular management for their symptoms. Although this is a rare disease, for those living with the condition it can be life changing. Some patients have difficulty moving their hands, some have breathing problems or kidney failure – so we are extremely keen to find a cure.”
Ends
Image: Fred Whitby