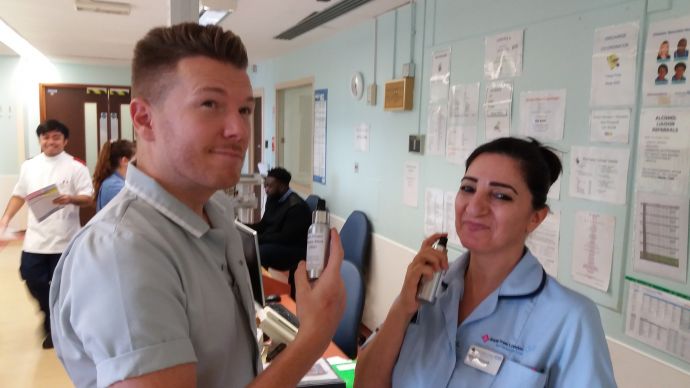 A 91-year old patient has found an imaginative way to say ‘thank you’ to Royal Free Hospital staff … by creating two signature ‘Royal Free’ perfumes for staff to spritz themselves with.

John Bailey had a seven-and-a-half-hour operation, under a spinal anaesthetic (similar to an epidural) to promote skin regeneration, after a fall in the snow earlier in the year left him with a wound that was not healing.

Keen to thank staff, Mr Bailey, an artisan perfumer from Kings Langley, Hertfordshire, decided to do something unique.

Mr Bailey said: “Everyone from Professor Ash Mosahebi and his team who operated on me, to the ward staff on 5 North A couldn’t have been more professional, caring and kind. I really enjoyed their interest in my lifelong professional career in the business of scents and aromas, so I decided to say thank you by creating some unique scents for staff on the ward which looked after me.” 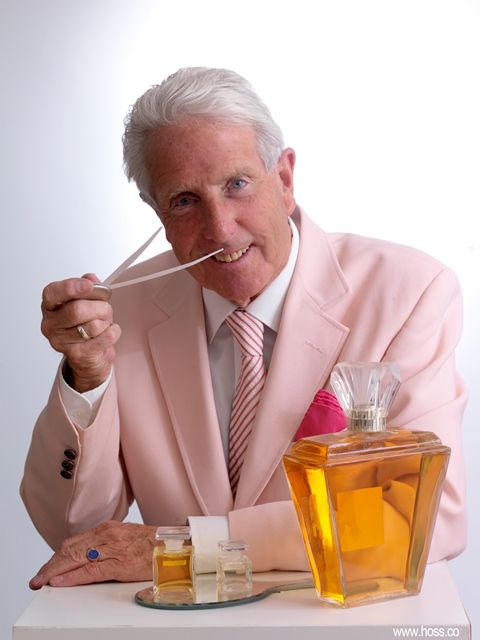 Mike Faria, a healthcare assistant who has worked at the hospital for 10 years, became friendly with Mr Bailey during his stay on the ward. He said: “We sometimes get cards or a box of chocolates from patients who want to express their thanks but this is the first time anyone has done anything like this!

“When I met Mr Bailey I couldn’t help noticing he had the best smelling area of the ward. We got chatting and it was fascinating to learn about his work. He made a huge impression and we were definitely intrigued.”

Azar Karkhaneh, a junior sister who also looked after Mr Bailey, said: “The perfumes smell great – it’s been a lovely boost for staff.”

He also created an eau de parfum which he named Royal Scent.

Mr Bailey said: “It has a beautiful floral theme with many rare aromatic essences from all over the world, sourced through my associates in Grasse, in France. It’s elegant, classy and sophisticated.”

Mr Bailey added: “I think I’m unusual not just because of my quirky gift but also because I was able to go home so quickly, which is virtually unheard of, especially at my age. I think I impressed everyone!”