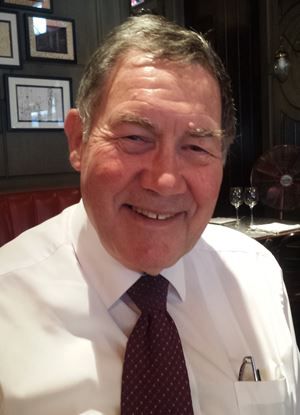 A patient has thanked staff at the Royal Free Hospital for saving his life after learning more about how serious his condition was during a BBC documentary.

Wayne Boothroyd, of West Hendon, wrote to the Royal Free Hospital after he watched a BBC Panorama programme about sepsis this week.

Wayne praised the care he received from staff after he was treated for urosepsis in 2014, in A&E and on the wards at the hospital.

Sepsis is a life-threatening, overwhelming response to an infection and leading causes of mortality with an estimated 35,000 deaths in the UK alone. Urosepsis is severe sepsis with a source localised to the urinary tract.

Wayne said: “I came home one evening feeling really unwell and like I was coming down with the flu. I went straight to bed but I was so cold and come the morning I was still shivering. My wife rang NHS 111 and they said that I would need an ambulance.

“The ambulance came and after taking a look at me, they rang the Royal Free Hospital to tell them that them that they suspected it was urosepsis. When we arrived at the hospital, there was a whole team waiting for me, and I was taken up the wards straight away.

Wayne felt encouraged to praise the care he received at the Royal Free Hospital, after he saw the documentary on Monday (September 11).

“I watched a documentary about sepsis and saw the things that it can do to people, with lost limbs and severe conditions, so I can’t help but think what a wonderful job the Royal Free Hospital staff did for me.

“The ambulance team had a real impact, had they not diagnosed me so quickly, I may have died in my bed at home. The quick actions taken by the Royal Free Hospital staff saved my life. They knew what my condition was and they knew exactly how to deal with it.

“I cannot thank the NHS staff who looked after me enough, if any of them had failed me I could have died.”