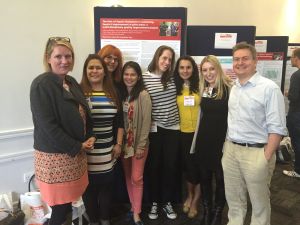 The Royal Free London has presented its work on identifying and treating sepsis, which has helped deliver a 10% reduction in mortality since 2010, at the national ‘Sepsis Unplugged’ conference.

Sepsis is a life-threatening, overwhelming response to an infection. The trust’s severe sepsis six pathway is a set of interventions which, if delivered by a healthcare professional within an hour of diagnosis, can significantly decrease mortality.

The pathway has been successfully implemented using improvement science methodology in eight pilot departments at the Royal Free Hospital and was recently extended to obstetrics and the emergency department at Barnet Hospital.

As well as reducing mortality, the sepsis pathway has halved the average length of overall hospital stay for sepsis sufferers and reduced intensive care admissions where it has been introduced.

The trust’s overall approach to tackling sepsis was presented at the conference as well as the more recent successful obstetric sepsis pilot work. Members of the team also presented posters on the role of ‘sepsis champions’ and the implementation of a sepsis pathway for paediatric care.

The conference, organised by the UK Sepsis Trust, took place in Nottingham on 21 and 22 May.

Dr Neil Thompson, consultant for paediatrics and paediatric emergency medicine, said: ‘It is very encouraging that our work is gaining national – and even international – recognition, which is a real testament to the team’s work.

“The approach we have developed has demonstrably improved patient safety and saved lives, so we are very pleased to be able to share our work more widely.”

The UK Sepsis trust is a charity dedicated to helping improve the way healthcare providers deal with sepsis.