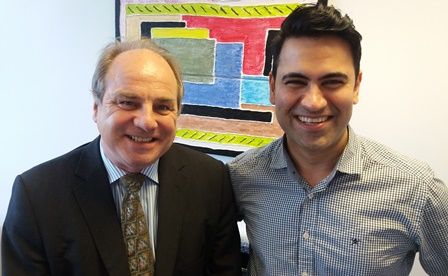 Participants who took part in a study at the Royal Free London NHS Foundation Trust, where they cut out alcohol for a month, were found to have a “rapid decrease” in the amount of cancer-related growth factors in their blood.

According to the observational study, published in BMJ Open, 90 per cent of participants who abstained from alcohol were observed to have this rapid decrease. These changes were not recorded in the control group who had continued to consume alcohol.

Alcohol has been linked to the development of several cancers, including the digestive tract, liver and breast and is classified as a class 1 carcinogen.

The study demonstrated, for the first time in humans, an association of abstinence from alcohol with a marked reduction in circulating concentrations of vascular endothelial growth factor (VEGF) and epidermal growth factor (EGF).  These are chemical messengers that are not only associated with cancer progression – VEGF helps tumours grow by building networks of blood vessels and EGF promotes cancer growth by encouraging cells to multiply – they are also recognised targets for anticancer drugs.

As well as a reduction in cancer-related growth factors, participants who abstained from alcohol for the month also saw significant improvements in insulin resistance, as well as blood pressure and body weight. The study was led by Professor Kevin Moore and Dr Gautam Mehta, liver experts at the Royal Free London. Professor Moore said: “All the people who took part on the abstinence trial were regular drinkers. For the first time in humans we see an association of abstinence from alcohol with a marked reduction in circulating concentrations of VEGF and EGF. This suggests that any alcohol consumption increases the concentrations of these growth factors, with those who drink the most having higher concentrations in their bodies.

“There is strong evidence that these growth factors play an important role in the transformation of normal cells to cancerous cells and currently drugs that target these growth factors are used in the treatment of various cancers. What this study doesn’t say is that alcohol causes cancer but it does add to the weight of evidence supporting Government guidance that if you wish to reduce your risk of developing cancer you should limit your alcohol consumption.”

The study involved 141 moderate-to-heavy drinkers. On average, they drank more than double the UK recommended limit, consuming 30 units a week – the equivalent of about three bottles of wine or more than 14 pints of beer.

For the study, 94 of them gave up drinking for a month, while the rest continued to drink as usual.

Bernadette Nolan, 54, from London, who was part of the group which gave up drinking alcohol for a month admitted she had found it tough to stick to because alcohol is so often part of social events.

She said: “It was interesting to take part but part of the reason I wanted to take part was to see if it would help me to lose weight but in fact because I substituted fizzy drinks and juice for alcohol I didn’t really lose anything although I did find I slept a little better.

“I probably average a couple of bottles of wine a week and enjoy a glass in front of the TV or out with friends or family. When I gave up I did start to notice when it was advertised on TV or someone poured a glass of wine on a programme.

“Since taking part in the study last year I also quit for Dry January and now have an app on my phone which sends me text messages asking what I’ve had to drink. My awareness has increased and I do probably think just that little bit more before I automatically order a glass of wine or pour myself one.”

When the researchers contacted the group of abstainers around seven months after the study, they found that they were drinking 20 per cent less alcohol on average than they used to.