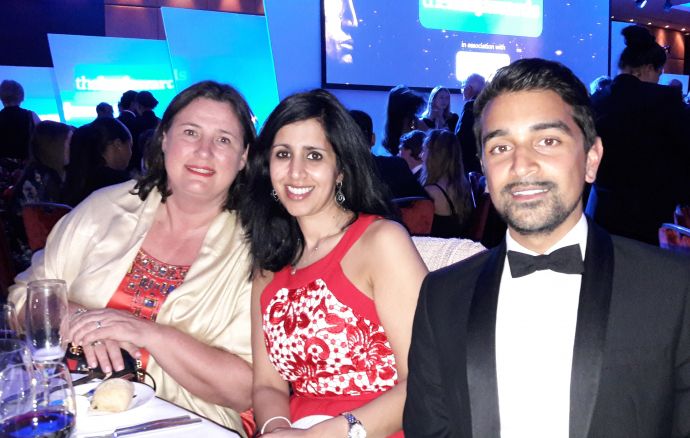 The doctor who leads the Royal Free Hospital’s sleep and ventilation service says she is ‘overwhelmed’ after her team won a prestigious national medical award last night.

The service was named diagnostics team of the year at the British Medical Journal awards after it cut the time patients wait for a diagnosis from 239 days to just 40.

Dr Swapna Mandal, sleep and ventilation consultant, said she was thrilled to have won the award.

“We’re really honoured and overwhelmed to have won – it’s thrilling,” she added. “Thank you to all the members of the team, we have worked so hard to devise new ways of treating patients so that we could reduce the waiting time for a diagnosis.”

The service sees patients with a range of sleeping conditions, including obstructive sleep apnoea (OSA), a relatively common condition where the the throat can narrow and interrupt normal breathing at night.

When the hospital service was set up in 2015, all patients referred were assessed by the sleep and ventilation team at the Royal Free Hospital.

However, the number of patients being referred rose dramatically in its first few years, leading to an increase in waiting times for patients to be seen.

“We realised that many of the tests could be done in the community such as a GP practice. So my clinical research fellow, Dr Nikesh Devani and I worked with Hampstead Group Practice to provide appointments there instead  so patients could avoid coming to hospital.

“It meant the diagnosis times for patients who needed a sleep study went from an average of 239 days to just 40. We put in a lot of hard work to bring our service to a community setting, which means we can get the right treatment to our patients much sooner.”