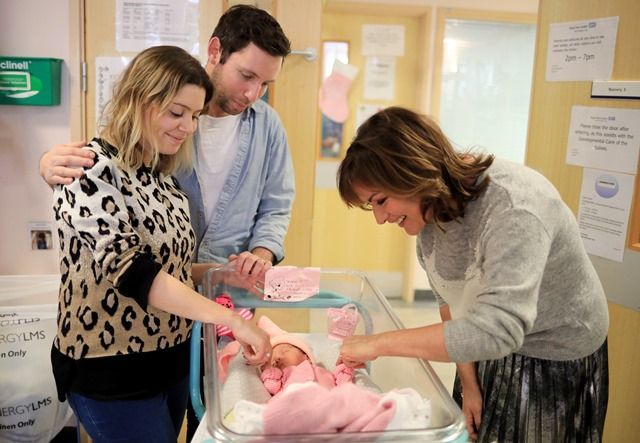 TV presenter Lorraine Kelly made a special delivery to Barnet Hospital's neonatal ward to bring festive cheer to parents and premature babies, as part of The Sun newspaper's Light Up Christmas appeal for Bliss, the charity dedicated to babies born sick and premature.

Lorraine joined the Bliss team to hand out hampers and goodie bags to families, many of whom will be spending their baby's first Christmas in hospital. Inside the packages were gifts such as cuddly toys, hats and books.

Francesca, from Totteridge, North London, said: “You become a bit robotic in here, concentrating on what you need to do for your baby. Meeting Lorraine and having these gifts is a lovely pick-me-up. Grace wasn't due until February 6th so she won't be well enough to come home for Christmas but she's thrived since she was born. There are good and bad days and the bad days are tough but she's a miracle. There's a real sense of family on the ward."

Dad Rob, 28, added: “It’s fantastic that The Sun has been supporting Bliss. Parents on these units would have struggled without its support.”

Simone Austin, 28, from Barnet told Lorraine about her premature birth. Baby Elena weighed just 1lb 7oz when she was born at 24 weeks.

She said: "Lorraine was so interested in her story and how well Elena is doing. It was lovely having a chat with her. It’s tough because I have another son Joey, 5, and my husband Christopher has had to go back to work as a stock controller so I drop Joey at school, come here and spend the day with Elena then I have to get Joey from school. We don’t have much family help so Christmas day will be really, really tough as she’ll still be in hospital. I have someone who can watch Joey for an hour while we come and see her but it’s Joey’s Christmas too and I feel like I’m always torn between my ill daughter who needs me and my son who’ll remember if I’m not spending enough time with him. You don’t appreciate NICU until you need it, I spent weeks worrying she’d stop breathing or not make it, but the support from the nurses and doctors and the Bliss workers is amazing. They really keep you going." 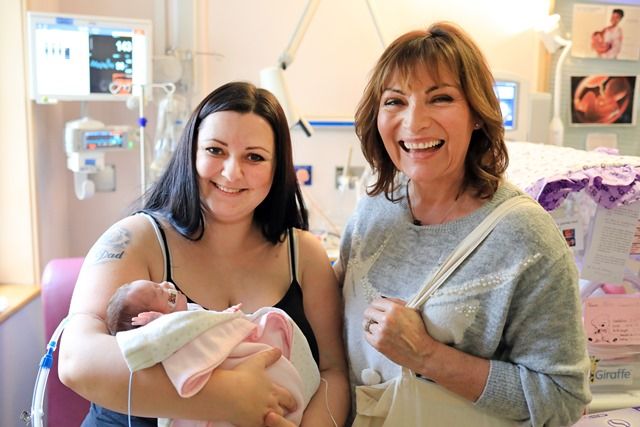 Vlad George Lupascu was born weighing 4lb 9oz at 34 weeks. Mum Georgiana, 33, from Romania had a spontaneous bleed. "It was really scary," she admits. "I lost consciousness during his birth and it was 90 minutes after he was born I was able to see him in the incubator. Meeting Lorraine has been amazing. We’re going home in the next few days so we’ll have a relaxing Christmas with his brother. Having the visit and the hamper is a lovely way to spend our final days here. We’ll treasure the memories."

Lorraine said: “I've had a brilliant visit with staff, parents and the tiny, beautiful babies. What an amazing job the staff do. I know you say it's just your job but for someone like me coming in and seeing what you do it's incredible. You are so good with the babies and the parents as well. Thank you from the bottom of my heart."

Ward manager Miranda Ryan said: “It’s really fantastic of Lorraine to bring all the gifts and it’s brilliant that Sun readers have been donating money to Bliss.”

To read the full story in The Sun and find out more about the Light Up Christmas appeal go here.