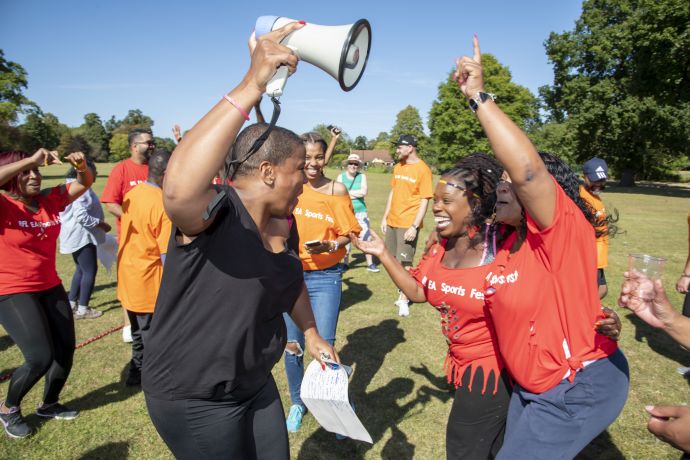 Staff went all out during a special sports day held in Enfield Town Park to raise money for the Royal Free Charity.

Those working on the 8th floor of the civic centre - admissions, endoscopy, out-comes and out-patient appointment centre - took part in the event, which was aimed at team-building as well as raising money for the children’s wards at BH and the RFH.

Four teams competed in a tug of war, a three-legged race, an assault course, an egg and spoon race, as well as rounders and football.

Chanelle Lubrun, assistant operations manager for the out-patients appointment centre, organised the sports day. She  said: “It was a really fun event - a great team-building afternoon. And we also raised lots of money for the charity.

“Thank you to all colleagues who helped me put this event on, including those who paid for some of the prizes and the refreshments.

“This is the first sports day we’ve organised, but I hope it will become an annual event.”