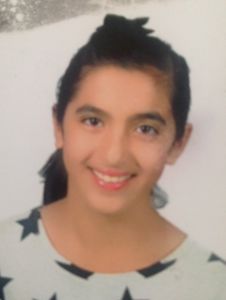 A 10-year old girl who suffered third degree burns in the gas explosion that killed her father has been flown back from Jordan to be treated by his former colleagues at the Royal Free Hospital.

Musleh Haimour, 48, an operating department practitioner (ODP), had been visiting his wife and five children in the Jordanian capital of Amman in March when the accident happened, killing Musleh and two of his children Betoul, 10, and Mohamad, five.

His wife Fatima, 38, and remaining sons Ibrahim, nine, and Abdullah, three, escaped unharmed, but Betoul’s twin sister Assya suffered second and third degree burns to both her hands and face.

Doctors in Amman were able to save Assya’s hands and fingers, but the family was unable to pay for costly face and hand reconstruction surgery in Jordan. Despite holding British citizenship, as a permanent resident of Jordan Assya is not eligible for NHS care.

However, Musleh’s friends and colleagues have rallied together to make sure Assya is given the best reconstructive treatment available in the UK.

Supporters have raised funds to repair the family home and fly Assya and her mother over to the UK. Meanwhile doctors, nurses, physiotherapists, technicians and other theatre staff are donating their free time to provide care and treatment for the 10 year old.

If you would like to donate and help Assya's recovery, visit her Just Giving page.

Ahmed Turab, an ODP who worked with Musleh in Jordan before working with him at the Royal Free Hospital in 2000, said his friend’s death had left a “huge space” in the theatres department. However, he added that the way the team had come together to help his bereaved family had been a source of comfort.

He said: “Nothing has hit me as hard as losing my friend of 20 years. Everyone here says Musleh was like a big brother. Even though he wasn’t much older than me, he was a very wise man. I always turned to him for advice. Whatever the situation he always had a smile and he fought for other people.

“The surgery department is a family and we all come together in a situation like this. People are offering not just money, but their time and support. A couple of Musleh’s colleagues, myself included, went over to Jordan to support the family.”

He said: “I was shocked by what happened. Musleh was an amazing man and it’s devastating to lose a father.

“I have specialised in facial reconstruction for more than 25 years and I want to help these people; it’s the reason we all get into medicine.”

He added: “She has a hard journey ahead of her. This is a very bad injury. There’s going to be a lot of physiotherapy, occupational therapy and then surgery. It is going to be a long and painful road.”

Fatima, 38, a nurse, said she was still struggling to come to terms with the tragedy.

Expressing her gratitude to staff at the Royal Free Hospital, she said: “When I heard that they wanted to provide her treatment it was like a ray of hope. We have already seen an improvement in the weeks since we arrived.”

“Assya is a very strong and very wise. She understands everything. She knows that she needs to have patience to get over all of this. She has hope that one day she will be able to play like she could before the accident.”

Friends and colleagues are still trying to raise funds to pay for Assya and Fatima to live in London for the remainder of her treatment, as well as for prosthetic hands, face masks and medication.

Photo: Assya Haimour, before the accident.