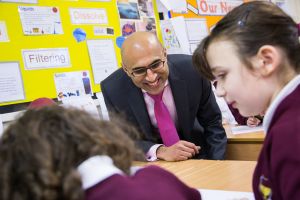 “Speak up for asthma” sees specially trained UCL medical students sent into local primary schools to deliver interactive sessions to pupils aged between seven and 11 on the symptoms of asthma and causes and treatment of asthma attacks.

In January Hasmonean Primary School in Hendon became one of the latest beneficiaries of the scheme when it was visited by first year medics Fabianne Viner and Nick Cox and fourth year students Jessica Kearney and James Cohen.

As well as raising awareness of asthma among children, the project gives the medical students their first experience of being quizzed on their health knowledge by members of the public.

After delivering her first presentation to a year 3 class Fabianne said: “I really enjoyed interacting with the pupils and answering their questions. Medicine is all about thinking on the spot and you have to do that in the classroom.”

“Also we are giving them a really important message and hopefully providing them with a better awareness of asthma.”

Around one in 11 children in the UK are currently receiving treatment for asthma, while an estimated 75% of hospital admissions for asthma are believed to be avoidable. 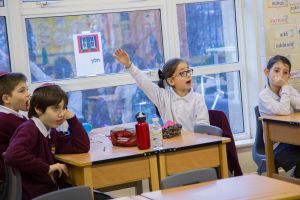 Dr Rahul Chodhari, consultant paediatrician at the Royal Free London and “Speak up for Asthma” project lead, said it was important to make all children aware of the causes and symptoms of asthma attacks as early as possible, but also to ease fears surrounding the condition.

He said: “We want this to be a fun, interactive session that children enjoy and can take away the understanding that asthma doesn’t have to be a frightening thing. It is a very manageable condition and it shouldn’t stop children living a normal life.”

Dr Chodhari added increasing awareness of asthma would lead to a boost in its diagnosis in the local community.

He said: “By recognising the symptoms children will be able to tell their teachers and parents if they suspect they have asthma.”

Daniel Gastwirth, deputy headteacher at Hasmoneon Primary School, said: “The children were all engaged and participated well, largely down to the team holding their interest. They were able to tailor their talk to the children's level and were able to answer questions in a child friendly way.

“Several children at school have inhalers and the children enjoyed learning more about these and other aspects of living with asthma.”

In December 2014 the programme received £2,850 through the Regional Innovation Fund, allowing it to expand its reach by doubling the number of medical students being trained and primary schools involved in the project.

Further images available in our gallery.