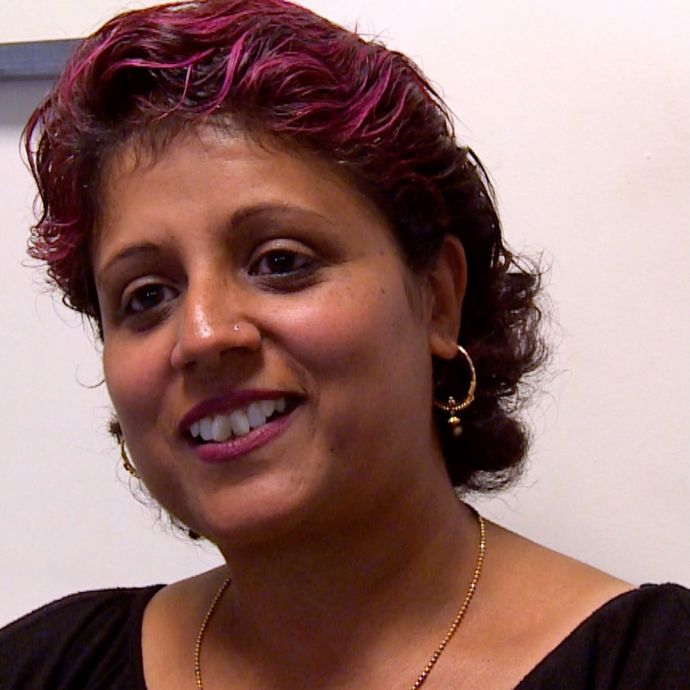 Three women have shared their experience of breast cancer surgery and spoken about their involvement in a support group with a difference.

Beverley and Rachel regularly attend the Royal Free Hospital L-BRA (London breast reconstruction awareness group) meetings to talk to women who are about to have surgery and to share their experience of breast reconstruction. But instead of just talking to women about their surgery they go the extra mile and let women see and – even feel – the results.

Along with another patient, Rita, they agreed to be filmed by the BBC to help others who are in a similar position.

Beverley found out she had breast cancer after a routine mammogram.

She said: “They found DCIS (ductal carcinoma in situ). I’d urge every woman to have a mammogram as having it probably saved my life. When I was told I’d need a mastectomy I was completely in shock. It was overwhelming but it was also tough deciding what reconstruction to have as well.

“I decided to go for the diep flap (from the tummy) because although it’s the most complicated surgery and the longest recovery I felt it was most likely to have the best results. I didn’t have to have chemo or radiotherapy so the reconstruction was done at the same time.

“I found it hard because I didn’t really have anyone to talk to who had been in the same boat. I found out about this group through psychological services. That conversation made me think about how much I could have benefitted from something like this. I’m so grateful to the support I got from the experts that I want to put something back so here I am.”

Rachel was diagnosed in April 2012, had her mastectomy the following month and started chemotherapy in June and radiotherapy in November. All treatment was finished by January and she had the reconstruction in 2014.

She said: “I remember going to the doctor asking how to check your breast because I’d felt a lump. She showed me how but I didn’t ask her to check it. I thought it was probably just a cyst but eventually I went back to the doctor and told her this time I wanted her to check me. I was given an examination and she said she could also feel the lump under my breast tissue.

“As soon as I was diagnosed they said because I had large breasts I’d be able to have reconstruction – so they rebuilt one and reduced the other. I know there are quite a few people that have had enough of surgery and don’t want reconstruction but that’s not how I felt. The new breast came from my tummy. They pull your skin down so it’s almost like a Caesarean.

“This show and tell service wasn’t available when I was going through my treatment. I Googled one or two images but mainly just stuck to the pamphlet but this service gives women the opportunity to ask the questions the pamphlets don’t tell you and it puts their minds at ease. It’s brilliant to be able to reassure them.”

Rita is also featured in the BBC clip. She attended the show and tell session and spoke to Rachel, Beverely and others about the surgery she’s about to undergo.

“It is incredibly daunting facing surgery but having something like this available does help to set your mind at rest. Hearing the women’s stories and being able to see them looking so well and confident – to the extent they are even happy to show their bodies - has helped me prepare mentally a bit better for what lies ahead.”

“The feedback we get from the women who attend is 100% positive,” said Mr Marsh. “They tell us it helps them feel better prepared for what is an incredibly tough event in their lives. No amount of explaining from us can beat them meeting women who have been there before them and can tell – and show it to them – exactly how it is.”

You can watch their stories on the BBC website here

You can find out more about the L-BRA group on the Royal Free London website: https://www.royalfree.nhs.uk/services/services-a-z/breast-surgery/breast-reconstruction-awareness-group/