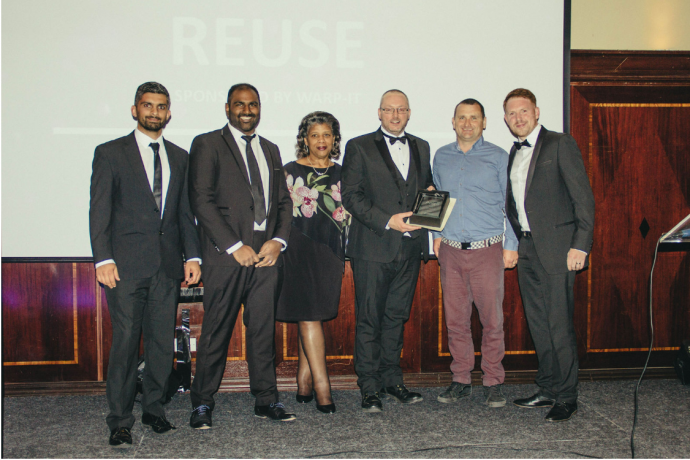 The estates team is on the look-out for volunteers to make the  trust greener and increase recycling across  our hospitals.

The team is aiming to develop a ‘circular economy’ of tools and products, in which staff across the trust donate unwanted items to others who need them – saving money and reducing pollution and waste.

Earlier this year the Royal Free London won the Reuse category of the NHS Sustainability Awards after implementing an online system which helps staff to reuse and recycle.

Unwanted items were donated to other teams within the trust, while assets worth almost £5,000 were also claimed from other organisations on the Warp It network. These included high-end sofas that were smart enough to include in a new build project.

Warp It is an online platform that allows users to donate and re-use items, both within an institution and across thousands of public and private sector organisations around the UK.

Procurement directed staff requesting new items for their teams to the platform, and reuse was incentivised – transport for reuse was free, while those seeking to dispose of reusable assets were charged a fee. An information video about the system was also produced.

As well as saving money, the initiative diverted over 50 tonnes of waste from landfill and led to a reduction of over 100 tonnes of carbon dioxide in the atmosphere.

In the procurement department, a drop in the need for purchase orders helped to free up staff to provide support elsewhere, while porters have also gained more time, as they no longer have to dismantle furniture for removal.

The initiative began when Sumal Karunaratne, support services manager at RFL, became concerned about the scale of wastage that saw surplus assets disposed of in skips.

Sumal said: “We feel we have made a good go of recycling, and reuse is definitely ‘part of the furniture’! This project has demonstrated to many that this is possible, and we are now refurbishing chairs and exploring other items for refurbishment. We are also currently exploring the business case for external or internal repair. Everyone’s eyes are now open to circular economy solutions.”

The Warp It system is accessible from the desktop of computers across RFL. If you would like to join the sustainability group please contact Dave Reavy or Sumal Karunaratne in the Estates team.