A London hospital chief executive who has devoted his working life to the NHS has been awarded a knighthood by Her Majesty the Queen. 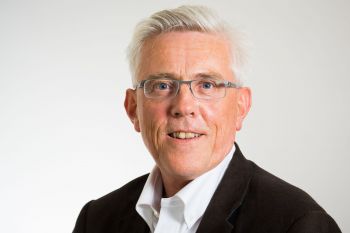 David Sloman, chief executive of the Royal Free London NHS Foundation Trust (RFL), was recognised for ‘services to the NHS’ in the New Year’s Honours List.

The son of two school teachers, Sir David was born in Cardiff in 1961, and entered onto the NHS national management training scheme in 1984. His first job was at the former London Chest Hospital in Bethnal Green Road where he was deputy hospital administrator.

He has been a chief executive in north London for the last 16 years and helped RFL achieve foundation trust status in 2012.

After leading a successful acquisition of Barnet and Chase Farm hospitals in 2014 – RFL was awarded a ‘good’ rating by the NHS regulators in 2016.

RFL chairman Dominic Dodd said: “We are all delighted that David’s outstanding contribution to the health service has been recognised in this way. He has been an exceptional chief executive of the Royal Free and led the trust with passion, insight and good humour.

“David has always cared deeply about patients and staff and his personal leadership has played a big part in improving the health system both in his local north London and nationally.”

Sir David, 55, who lives in north London with his wife, Catherine, and 16-year-old daughter Jessie, has most recently been responsible for ensuring close collaboration between community, hospital and social care across north central London to improve services for patients. He is committed to coaching and mentoring aspiring leaders in the NHS across all disciplines.

Sir David returns to Cardiff regularly to spend time with his 95-year-old mum Enid and cheer on the Wales rugby team at the Millennium Stadium.

He said: “I have been incredibly fortunate to have been given the opportunity to spend my life doing something which I love. I have worked alongside some of the most talented and devoted people who make our NHS the best health service in the world. This honour is recognition of all of the hard work and commitment that I see every single day in our hospitals.”

August 2016: The Care Quality Commission (CQC) rates RFL as ‘good’ for all of its three hospitals and across 21 core services inspected.

August 2016: RFL becomes one of only four high-performing foundation trusts to be accredited by NHS Improvement to lead groups or chains of NHS providers

September 2016: RFL is one of only 12 trusts selected to be a ‘global exemplar’ in health technology by the Department of Health, and the only trust in London.