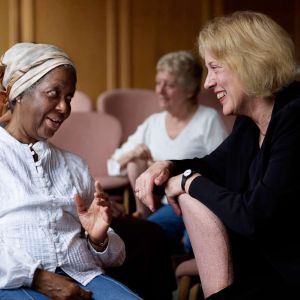 Cancerkin has been providing complementary therapies, support and treatment for lymphoedema for patients at the Royal Free Hospital for over 20 years.

Over the next year the merger of Cancerkin with Maggie’s will extend that support to patients with all forms of cancer. Therapies on offer include massage, reflexology, reiki, tuina massage, yoga, Alexander Technique, dance yourself happy, dance exercise, acupuncture, spiritual healing, Pilates and yoga.

Victoria Todd will remain as chief executive of what is now called Maggie’s at the Cancerkin Centre. For more information contact vtodd@cancerkin.org uk, eshaw@cancerkin.org.uk or phone 020 7830 2323.