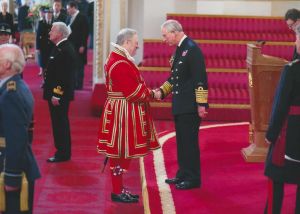 A former Beefeater who had a liver transplant at the Royal Free Hospital said he was honoured to have been given an award by Prince Charles last month.

Idwal Bellis, 65, who was a Yeoman Warder at the Tower of London for 20 years, was given the Royal Victoria Medal for his services to the crown at Buckingham Palace last month.

Mr Bellis, who also served in the Welsh Guards for 22 years, said being given the honour was “unbelievable”.

“It’s a special medal given to you by the monarch,” said Mr Bellis. “In the end it was Prince Charles who gave me the medal but I didn’t mind because I knew him from when I used to be in the Welsh Guards. What a day it was, it was such an honour.”

Eight years ago Mr Bellis was fighting for his life in intensive care after undergoing a liver transplant. He had previously been diagnosed with liver disease and was put on the waiting list for a transplant.

Mr Bellis’s wife Pam explained: “Because we lived in the Tower of London, and the gates shut at midnight, we had to get special permission to leave, should we get a call in the middle of the night saying there was a liver available. 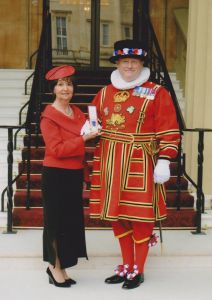 After having some tests he had the operation at 9.30am the next morning. But it didn’t all go to plan as Mr Bellis developed a thrombosis (a blood clot). He was moved to intensive care and the doctors said he had a 1% chance of survival.

Mrs Bellis added: “I told him that he had to keep fighting and luckily he got through it. He also survived pneumonia, so it was all a bit of a miracle, really. Eventually he was discharged and we were all so relieved.”

Mr Bellis added: “The new liver has made a really difference to my life. I’ve got so much more energy and more vitality. I feel like I have been given a second chance and I’ve not got to waste it.”

Mr Bellis, who is now retired, said the care at the Royal Free Hospital been “fantastic”.

“The nurses, the doctors and surgeons, and the physios as well, they’ve all been brilliant,” said the grandfather-of-five.

“I was so grateful to the young man whose liver I received – and his family as well. I know that numerous other people received organs from him so many lives were saved. I want to encourage people to sign up to the organ donor register and to talk about the issue with their families – I know that my life was saved because of this young man and his family.”